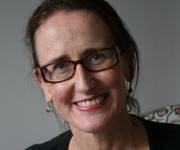 Looking into the side effects of ophthalmic drug Lucentis (ranibizumab) last week, I was struck by how much simpler and easier it was to remember the brand name than the generic— a common experience with prescription drugs.

Lucentis uses the Latin word for light as its root; a good marketing message when you’re selling the promise of better eyesight for those with macular degeneration.

The handsomely remunerated branding experts who come up with new drug names often seem to be frustrated classicists.

Stilnox (zolpidem), the sleep medication that Australian athletes have been banned from taking at the London Olympics, harnesses the Latin word for night to promise a tranquil rest.

Similarly, antidepressants Aropax (paroxetine) and Zoloft (sertraline) exploit the Latin word for peace and the Greek word for life, respectively.

And then there’s Viagra, with its first two letters evoking both the Latin word for man (“vir”) and life (“vita”). It’s hard to see the drug’s generic name, sildenafil, catching on in the same way.

Brand consultants also rely on linguistic research to tell them which sounds and typographical combinations are likely to have the most influence over prescribers and consumers.

In the more innocent years after World War II, when branding of individual drugs first became widespread, manufacturers often went for names starting with the letter A as this would place their product early in an alphabetical listing of drugs.

More recently, we’ve seen a proliferation of drug names starting with Xs and Zs, visually striking letters that bring with them connotations of power and technological innovation.

You can increase the impact of such letters with repetition, especially if you do it palindromically, as in Xanax (alprazolam).

Given the potential bounty a cleverly marketed drug can deliver, it’s hardly surprising that industry puts so much effort into creating the right names, but the marketing strategy does have implications for those seeking to reduce health costs by encouraging more widespread prescription of generics.

Generic names — devised by the drugs’ manufacturers and then approved by the World Health Organization — are typically a whole lot more difficult to remember and spell correctly than the proprietary brand names, posing an obstacle for prescribers.

In fact, rheumatologist Dr Robert Shmerling, from the Harvard Medical School, has suggested it is in manufacturers’ interest to make generic names as unfriendly as possible.

“My own theory is that these generic names [asthma medications zafirlukast and montelukast] were chosen specifically because they are not easy to say or remember”, he writes. “That way, doctors and patients would be more likely to remember the brand names …”

A study conducted at a Canberra teaching hospital in 2006 supported the view that lengthy names do put a barrier in the way of generic prescribing.

The researchers found 53% of drugs at the hospital were prescribed by brand rather than generic names, a proportion that rose to a phenomenal 98% when the generic name had more than 15 letters.

Intriguingly, prescribers were also far more likely to opt for the brand name when this ended in X than they were with other letter combinations.

What does all this mean for those seeking to encourage prescription of generics?

Given that we have little or no chance of reining in the marketing juggernaut that is the modern pharmaceutical industry, our best hope might lie in imitation.

Although they might never achieve the marketing oomph of a Viagra, generic names could be shorter and easier to spell, pronounce and remember. And, to avoid potential conflict of interest, they could be determined at arm’s length from manufacturers.

As the authors of the Canberra study put it: “more doctors might be encouraged to prescribe generically if generic names were devised with the same principles used by marketers for devising brand names”.