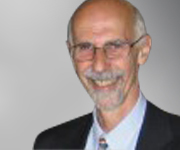 IN the quest for the practice of evidence-based medicine, access to research publications is key.

Universities and research institutes support academic research staff to carry out the research, often receiving support from granting bodies to help with the costs of this. Mostly, it amounts to the taxpayer funding research.

But how to pay for the publication costs? And who owns the research results or intellectual property?

In the past, academic publishers have controlled the release of research publication in exchange for money from users, and have taken ownership of the intellectual property. Tight restrictions are placed on the subsequent access to these publications, even in the context of educational programs.

A number of new publication models are developing, which threaten the profit margins of academic publishers and allow the researcher to maintain the intellectual property. Publication costs are paid by the author, and are included in the costs of the research — examples where publications are open to all include the Public Library of Science (PLoS) and BioMed Central.

Alternatively, a do-it-yourself model, such as Academic Publishing Wiki, removes the need for the infrastructure costs of publication.

Recent excitement in this field centred around a Bill introduced in the US — the Research Works Act — which would have prevented open access to publications in private sector journals, prohibiting dissemination even by federal agencies on their websites, and would have reduced the ability to share research data.

The Bill would also have affected the requirement by the National Institutes of Health for research they fund to be published as open access.

Publishing company Elsevier, a strong supporter of the Bill, was felt to be a major villain in the piece. The company was accused of sharp practice in making excess profits from other peoples’ research. More than 10 000 researchers signed a petition refusing to review papers for, or publish in, Elsevier journals.

The resistance was led by Timothy Gowers, whose blog on the subject went viral. He was subsequently knighted in the June Queen’s Birthday Honours list.

There was also a public outcry in the US with heavy lobbying from Wikipedia, which threatened to have a 24-hour blackout of all Wikipedia sites. The Bill was withdrawn.

So where does that leave us in the quest for open access to research findings?

Publishers such as Elsevier still charge high fees for access. Other publications such as the MJA have opened up research access while continuing to charge users for synthesised Journal content.

Educational institutions still have to pay to use many full-text articles in their teaching.

The role of the research establishment in the dominance of traditional publications cannot be discounted. The Excellence in Research for Australia Initiative, for example, has an approved list of journals that count in calculating research output.

Despite the moves in the UK, there is still a long way to go before all taxpayer-funded research is available openly. For this to happen, we will need new business models — as we do for news publishing which is grappling with many similar issues.

I can’t leave this discussion without mentioning similarities with research capacity building.

Most of this is performed by universities through their various undergraduate and postgraduate courses, which are anything but open access — high fees are charged and intellectual property heavily guarded.

There is a major movement towards Open Education Resources (OER) to encourage sharing of educational materials and access by anyone through the internet.

Some of the newer educational institutions are making use of this and providing low-cost or open education, such as the Massive Open Online Courses and Peoples-uni, of which I am a coordinator. Peoples-uni aims to provide public health capacity building at low cost for health professionals in developing counties using OER.

We really do need some new business models to allow the open publication of research findings, as well as for building research capacity.

Anyone have a good idea?

Professor Dick Heller is the coordinator and the originator of the idea for the Peoples-uni. He was formerly professor of public health at the University of Manchester, UK, and developed a distance learning masters course from the University of Newcastle, Australia. He now lives in Australia.

One thought on “Dick Heller: How can we improve access?”