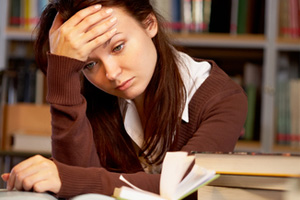 RESEARCH is needed to determine whether significant numbers of Australian students are trying to improve their academic performance by taking diverted prescription stimulants, according to academics from three Australian universities and a Canadian research institute.

Dr Jayne Lucke, principal research fellow at the University of Queensland’s Centre for Clinical Research, said there were anecdotal reports of students taking methylphenidate and dexamphetamine, to improve concentration and memory.

These reports suggested students were obtaining the drugs from family or friends who had been prescribed them for attention deficit hyperactivity disorder (ADHD).

In a letter to the Medical Journal of Australia, Dr Lucke and Professor Wayne Hall, also from the Centre for Clinical Research, said there were good reasons to be concerned about non-medical use of prescription stimulants, yet there was “surprisingly little empirical data on the extent of non-medical use of prescription stimulants in Australia”. (1)

They have teamed with the National Drug and Alcohol Research Centre at the University of NSW, Deakin University in Victoria and the Clinical Research Institute of Montreal to apply for grant research funding from the Australian Research Council to explore the issue.

Dr Lucke told MJA InSight it was important to determine whether non-medical use of stimulants might partly explain the 87% increase in stimulant dispensing in Australia from 2002 to 2009.

Dr Sharlene Kaye, research fellow at the National Drug and Alcohol Research Centre at the University of NSW, said the increase might reflect increased recognition of ADHD, but her recent research suggested diversion was an issue.

She found that 31% of 269 illicit drug users had used diverted prescription stimulants, while only 7% had been prescribed them.

“The implication is that these drugs are getting out to a lot more people than they’re being prescribed for”, she said. “It’s not only happening among university students, but among the illicit drug population as well.”

Dr Kaye said United States studies showed that 23%–84% of college students who had been prescribed stimulants had experienced people asking for them or offering to buy them.

Dr Lucke said there was a great deal of hype in the US about using medication to boost brain power, with research suggesting 7% of US college students had taken methylphenidate and dexamphetamine as study aids.

“Often you find it’s male students not getting great grades, who have higher levels of alcohol and other recreational drug use”, she said.

Dr Lucke said increased financial and academic pressure may be influencing students’ non-medical use of prescription stimulants, but recreational use also had to be considered.

Ms Jade Tyrrell, president of the Students Association of the University of Technology in Sydney, said she had heard of a couple of students taking the drugs but she wasn’t aware that it was a widespread issue.

“I’m sure it goes on with the higher pressure subjects. Some students pull out all stops to try and balance the financial and academic pressures they face”, she said.

“No-Doz [caffeine] is pretty standard in exam time for cram sessions towards the end of semester and energy drinks are standard for sure”, she said.

Ms Tyrrell said the high cost of living in Sydney placed a lot of pressure on students, particularly when they had to combine work and study.

Dr Lucke said despite the toxic side effects of stimulant misuse and dependence, clinicians seemed more concerned about non-medical use of opioids prescribed for chronic pain.

“Is that because we haven’t got the proper studies to show the extent of non-medical use of stimulants by students in Australia?” she said.

6 thoughts on “Are students popping pills to boost performance?”