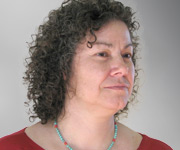 HEALTH service substitution is a fascinating exercise. It usually happens when a particular health service is overwhelmed by demand, and the proposed solution is to shift demand to another type of service.

In essence, it’s asking patients to make different choices about their health care.

One such exercise is the operation of telephone help lines, promoted as a service to divert people from attending emergency departments (EDs).

In a media release issued late last year, Health Minister Tanya Plibersek stated: “More than 20 000 people who have called the GP after hours helpline since it commenced on 1 July have been redirected from seeking urgent after hours treatment at either hospital emergency departments or GP after hours services”.

So far so good? But is substitution really a response to meet demand? Does anyone check if patients will accept substitution? And what is the cost?

Calculations by the Rural Doctors Association of Australia have shown that this helpline is a very expensive exercise.

In a media release association president Dr Paul Mara said: “With the GP helpline costing $40 million per year, taxpayers are therefore paying $1000 for each person a GP staffing the helpline tells not to attend a hospital emergency department.

“How can a cost of $1000 for avoiding an emergency department attendance make better sense than paying up to ten times less for an actual face-to-face consultation?”

This is a valid question in small rural hospitals where the GP is often also the ED doctor. In urban hospitals, however, the logic of attempting to “shift” ED demand takes on added significance, as it is often a battle to shift costs between Medicare-funded GP consultations and state-funded hospital services.

The urban ED casemix, in comparison to the general practice population, has greater urgency and complexity and a much higher admission rate. Trying to “shift” one patient population into another by playing with definitions will not stop patients seeking care in the location they feel will best serve their needs.

This has been borne out time and time again, where ED attendances continue to expand despite the co-location of GP clinics or the provision of health hotlines.

If, as a society, we believe in patient-centred care, how do we justify trying to shift the patients to the services we want to provide rather than providing the services patients want?

We know that health budgets are finite while demand is open-ended. This highlights the point made by the rural doctors that everyone — doctors and patients — must demand that cost-effectiveness be taken into account in health service substitution, don’t you think?