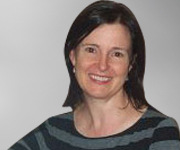 FETAL heart motion is an impressive sight on ultrasound examination. It is one of the first signs we recognise when we start scanning pregnant patients.

We like to see fetal heart motion; it is usually a cause for celebration. Fetal life is easy to diagnose.

Unfortunately the accurate diagnosis of fetal death can be much more difficult, especially in the first trimester. We all have anecdotes about detecting fetal heart motion in a pregnancy that was misdiagnosed as a miscarriage the day before. And we have all wondered whether the mistake was due to carelessness, inexperience, or a cheap ultrasound machine.

I was once shown a picture of a so-called “missed abortion” which looked more like a spherical ovarian cyst surrounded by follicles. On trans-vaginal scanning the perfectly formed early intra-uterine pregnancy was found in a very retroverted uterus somewhere in the distance.

It goes without saying that the misdiagnosis of fetal demise can lead to serious unintended consequences including the evacuation of a much-wanted pregnancy.

So it was with great interest that I read the multi-centre observational studies that followed women with an intra-uterine pregnancy of unknown viability who had a follow-up scan 7-14 days later.

The most sobering finding was that when a 4-5 mm embryo had an absent heart beat, 8.3% were subsequently found to be ongoing pregnancies. This justifies the previous Royal College of Obstetricians and Gynaecologists and Australian Society of Ultrasound in Medicine guidelines which recommend that the diagnosis of fetal demise not be made until absent heart motion is noticed in a fetus with a crown rump length (CRL) measurement of 6mm or greater.

However, another study in the same journal demonstrated significant inter-observer variability in CRL measurements and greater variation in early embryonic growth than had been assumed. They recommended a more conservative approach to the diagnosis of early pregnancy loss.

This resulted in the RCOG amending its guideline, The Management of Early Pregnancy Loss, by recommending that ultrasound diagnosis of miscarriage only be considered with a mean gestation sac diameter >/= 25mm (with no obvious yolk sac), or with a fetal pole with CRL >/=7mm (the latter without evidence of fetal heart activity), and that a trans-vaginal ultrasound scan be performed in all cases.

The guideline now says if there is any doubt, a repeat scan should be performed at least one week after the initial scan before any medical or surgical measures are undertaken for uterine evacuation. No growth in gestation sac size or CRL measurement is strongly suggestive of a non-viable pregnancy in the absence of embryonic structures.

The Australian Society of Ultrasound in Medicine recommends caution.

Misdiagnosis of a non-viable pregnancy may be more common than we dare to ponder. After all, most would be curetted away leaving no evidence of the error.

We clearly need to be cautious in our diagnosis of early fetal demise, and remember that in a clinically stable patient there is usually little to lose by rescanning in a week to determine viability. This waiting can be frustrating for some women, especially for those on fertility treatment programs. However, there is currently no alternative.

Making a “speedy” diagnosis could be fatal — quite literally.

More difficult is the task of educating the wide range of ultrasound users in Australia — radiologists, obstetricians, accident and emergency physicians, GPs, registrars, sonographers, early pregnancy assessment clinic nurses, IVF unit nurses and midwives. Some of these users have little training in ultrasound and no formal assessment of their skills.

Ultrasound is thought to be safe. But its real danger to a fetus is not exposure to bio-effects. It is the risk of a false-positive diagnosis which can lead to an inappropriate intervention.

Beware the misdiagnosis of miscarriage: “First do no harm.”

Dr Philippa Ramsay is the director of Ultrasound Care, Sydney, and clinical lecturer at Royal Prince Alfred Hospital and the University of Sydney.