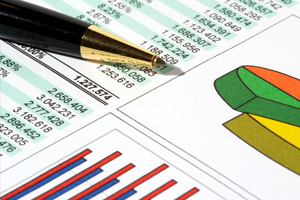 The review, published online today by the MJA, examined the recent wave of mental health funding decisions costing around $8 billion. (1)

The authors wrote that the increase in funding was long overdue, as mental health received only $5.8 billion of the $113 billion of total health expenditure in the 2008–09 financial year, while mental illness contributed 13% to the burden of disease.

“For people with mental illness, the spectrum, capacity and quality of services available depends on where they live, and the quality of care goes largely unassessed”, the authors wrote.

They noted, for instance, that evidence suggested that groups who were missing out on care before the introduction of the Better Access program — designed to improve access to mental health care for people with common mental illnesses — were still missing out after it was implemented.

The bulk of the recent funding — $5.5 billion — was through the Council of Australian Governments National Action Plan (NAP) on Mental Health, but the authors noted that “… analysis of Medicare Benefits Schedule (MBS) item reports shows that the uncapped growth in the Better Access to Psychiatrists, Psychologists and General Practitioners through the MBS (Better Access) initiative alone accounted for $2.1 billion by September 2011. It is concerning that, for such a sizeable investment, there have only been two NAP progress reports published, the most recent being released in September 2009”.

Professor Wayne Hall, an NHMRC Australia Fellow at the University of Queensland Centre for Clinical Research, who coauthored an evaluation of Better Access, said he agreed some people were missing out on care, but overall the number receiving care had increased as a result of the initiative.

Professor Hall said the problems facing mental health had more to do with evaluating the quality of care because there were no data to link those who received care with the sort of care they received and the effectiveness of that care.

“We do need better record linkage across federal and state data systems. It’s the sort of thing that would be possible if we go down the electronic medical record route”, he said. “There are privacy issues, and we need to address those, and push for record linkage for the evaluation of health services.”

Professor Hall called for more funding for research to examine the quality of mental health services, their effectiveness and their value for money.

“It’s good the government has committed additional funding but we need to make sure it’s well spent and there are major obstacles to ensuring that at the moment”.

The MJA review authors called for future funding to be evidence based. They wrote that Australia needed a “robust plan to identify and close service gaps based on evidence-based models of care [along with] a National Report Card that includes nationally validated data of the experience of care, quality of life, and rates of homelessness, education and employment for people with a mental illness”.

“Without this, no one will know if mental health funding is well targeted or just well meant”, they wrote.

Professor Helen Christensen, executive director of the Black Dog Institute, said the review showed that a lot of funding had gone towards “patching up the system rather than trying to change it”.

She said e-health mental health initiatives, which had received some funding in the 2011 federal Budget, offered a new way to evaluate evidence-based treatments.

These types of portals – for example, MoodGYM, e-couch, myCompass and Bite Back – could become valuable sources of data on the effectiveness of different types of treatments, Professor Christensen said.