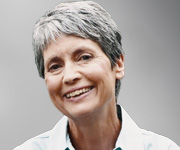 THE influence exerted by pharmaceutical companies — often called Big Pharma — gets plenty of publicity. But what about the power exerted by the large food corporations?

In the first in a series of articles on the food and beverage industry and health — Big Food — in PLoS Medicine, the authors start with the observation that the current global food system is virtually broken.

The figures are appalling: about a billion people go to bed hungry every night while another two billion are overweight. And why has this occurred? Because the world’s food system is now designed to maximise profit for those who rule over it — Big Food.

Once a competitive marketplace of small producers, the global food system is now driven by dominant players with massive market power.

In the US, the 10 largest food companies control more than half of all food sales. In Australia, the aggressive and politically powerful Food and Grocery Council represents just 10% of food companies, but more than 80% of the dollar value of foods.

Big Food now calls the shots, moving food consumption from traditional simple diets to highly processed — and more profitable — products. Within Australia, Big Food has coopted governments of all persuasions to push for greater export of processed foods to Asian countries. This work in progress is having the obvious effect of increasing obesity, type 2 diabetes and other Western diseases in these countries.

Problems with what Australians eat became apparent last week with the release of Australian Institute of Health and Welfare reports on Australia’s food and nutrition, showing that more than nine in 10 people aged 16 years and over do not consume sufficient serves of vegetables.

Although Big Food companies and their supporters correctly claim that food is not tobacco, following the lead of that industry is all too common. So Big Food opposes any increased taxes on processed foods and drinks and fights any proposed regulation that might impinge on sales.

We have all heard the “nanny state” cries, the claims that “public health moves will cost jobs”, witnessed the fight against any effective restriction on marketing junk foods to children, the push for relaxed laws regarding health claims on food packaging, and the emphasis the industry places on individual responsibility in food choice. However, that doesn’t extend to giving shoppers information about trans fats or the quantity of added sugar in the ingredient list on food labels. According to Big Food, no one needs to know such information.

The PLoS Medicine article is critical of those who believe they can improve the food supply through partnerships with Big Food. Conflicts of interest will always occur and professional groups will not risk upsetting their food industry partners.

Big Food pays lip-service to wanting to be part of the solution, but improving health would entail moving away from the highly processed, unhealthy foods that are the most profitable in its armoury.

“Value padding” is the name of the game. You can spot it easily in the breakfast cereal aisle. A handful of basic nutritious grains have been turned into several hundred products, processed to blandness, then flavoured with sugar and salt and “fortified” with some of the nutrients destroyed by the processing.

The more highly processed the product and the more sugar it contains (which is usually cheaper than the cereal it replaces), the higher the cost.

Check out the humble oats. Australian oats sells for around $1.20 for 750 g, or about 12c/serve. Big Food replaces 20% of the original grain with highly processed wheat starch or sugar, adds inulin (a fibre derived from chicory), tacks on some (undeserved) health claims and increases the price 500%. The healthier — but less profitable — option would have been to leave the original product alone.

What about industry support for research? Sadly, studies funded by industry are 4–8 times more likely to support conclusions that favour the industry.

The answer? Unless there is direct and concerted action to expose and regulate the vested interests of Big Food, the authors of the PLoS Medicine article say epidemics of poverty, hunger, and obesity are likely to become more acute. It’s a convincing argument.