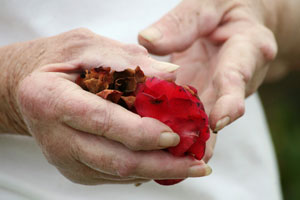 Arthritis in eye of beholder

RHEUMATOID arthritis patients and their doctors may have different perceptions of disease activity that could negatively affect shared decision making about treatment, according to new research.

The Austrian study, published in Arthritis & Rheumatism, found that while patients cite joint pain as indicating a change in their disease activity, rheumatologists look at joint swelling as the main determinant of change in activity. (1)

It also found that the majority of patients rated their disease activity as worse than perceived by their physicians.

The authors said their findings implied that “objectively pain could be regarded as underappreciated by the caregivers, and a source of potential disagreement between patients and their physicians when it comes to treatment decisions”.

They said their findings raised a number of questions, including whether physicians needed education to better understand patient perceptions or whether patients needed more education on how physicians interpret disease activity and severity.

“Considering that the shared decision process is so important in chronic disease, these questions are highly pertinent”, they wrote.

The study results highlighted the importance of treating non-inflammatory pain “as this may create better consensus about the course of treatment”.

“Once non-inflammatory pain components are effectively reduced, the perception of patients and their physicians may become much more similar than before”, they wrote.

Australian experts said the findings could have implications for arthritis treatment in Australia, but only if the results were duplicated here.

“Those themes of trying to prevent damage and pain are relevant in Australia, but pain is very culturally determined, so it’s really important to look at this in Australia to see if it’s confirmed to be similar before assuming this is an international phenomenon”, Associate Professor Lynden Roberts, a rheumatologist at James Cook University, Townsville, said.

The study authors noted that their study population was “rather heterogeneous” in terms of cultural background, including many patients from Turkey, the Balkan States and Eastern Europe.

“Pain is expressed differently depending on cultural background, which could also influence some of the associations seen in our study”, they wrote.

Dr Stephen Leow, an Adelaide GP and spokesman for the Royal Australian College of General Practitioners, said that the results were not surprising.

Professor Roberts said the emphasis on swelling by physicians could be explained by big changes in the management of rheumatoid arthritis in the past decade.

“We now know that it’s the swollen joints that almost entirely explain the joint damage down the track, so the emphasis is on treating the swelling because most damage can now be prevented if we get patients on to the right medications quickly”, he said.

He said although no-one would argue with importance of treating pain, there was still a huge gap in the therapeutic options to treat non-inflammatory pain.

“This type of research that focuses on patients and what’s happening to them in their illness is very important and has been neglected in the past”, Professor Roberts said.

Dr Leow agreed, saying it was important to consider the whole patient and not just joint swelling or pain.

“This study highlights deficiencies in what we are doing at present and incongruity between perception and findings. Pain is an important indicator but there are many factors that impact on pain and, in particular, with a disease such as rheumatoid arthritis, it is important to understand pain”, he said.

One thought on “Arthritis in eye of beholder”