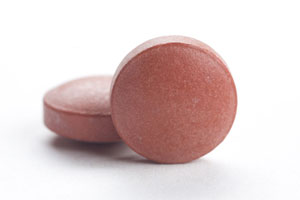 US research showing high doses of antihypertensives significantly decrease mortality in patients with congestive heart failure highlights the importance of pushing for the highest tolerable dose, according to Australian experts.

The researchers followed patients who filled prescriptions for any angiotensin II-converting enzyme (ACE) inhibitor or angiotensin receptor blocker (ARB) after discharge. They found 73% filled a prescription for an ACE inhibitor and 27% for an ARB. Overall, 29% received a low-dose of either drug.

Professor Henry Krum, director of the Centre of Cardiovascular Research and Education in Therapeutics at Monash University, told MJA InSight that low doses of drugs were invariably associated with increased events, especially in community-based trials, “because the sickest patients are the ones who can only tolerate the lowest doses of drugs”.

“Having said that, the guidelines do push for the highest tolerated dose of these drugs, so that is a good message [from this study]”, Professor Krum said.

Professor Derek Chew, professor of cardiology at Flinders University, agreed that the problem with the analysis was that patients who could tolerate high doses of medication were clearly of much lower risk than those who could only tolerate low doses.

Despite the limitations of the study, Professor Chew said it did suggest that where possible, physicians should push for higher doses of these drugs in CHF patients.

“We should always strive for the evidence-based dose. [However,] the real issue is that the patients who need the therapies the most are excluded from clinical trials and more often can’t tolerate the higher doses”, Professor Chew said.

One thought on “Strive for high antihypertensive dose”