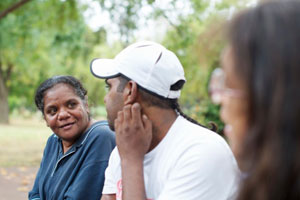 THE impact of Indigenous health curricula on health outcomes are yet to be measured, according to researchers who have called for future research to assess such impacts.

In a systematic review published in the MJA, the researchers wrote that while Indigenous health curricula had been included in some university health science courses for at least a decade, the impact on the health outcomes of Indigenous people was still unclear. (1)

In the review of 36 articles that referred to Indigenous health-related curricula within university health science courses, almost all said improving Indigenous health was an aim of their curriculum, yet none evaluated the impact of curricula on patient outcomes.

“Our finding that Indigenous health curriculum evaluation is not patient outcome-focused is in common with reviews of other literature examining cross-cultural training curricula”, said the researchers, led by Dr Shaun Ewen, associate dean (Indigenous development) of the University of Melbourne’s faculty of medicine, dentistry and health sciences.

There still appeared to be a widespread assumption that increasing practitioner skills, knowledge and attitudes would lead to improvements in Indigenous health, they said.

“It’s the end-game”, he said. “Without such focus, all our efforts are self-serving, at worst, ephemeral.”

Professor McDermott said there was an “unspoken and unchallenged” presumption of a direct causal link between successful clinical engagement and enhanced clinical outcomes, but there was more to it than that.

“Enhanced clinical facility is necessary, but not sufficient”, he said. “Real improvements in Indigenous health outcomes come from taking the social determinants of health seriously and finding ways to assist emerging doctors to factor them into their conceptualisation of how they approach their role, as well as their everyday patient interactions.”

He said the challenge for researchers was to monitor the impact of these initiatives once graduates walked out the university gates.

“When they go out into the real world, typically they come up against a system where a specialist or a charge nurse says ‘no, we don’t do that round here’ and suddenly they’re up against all kinds of barriers. They are the juniors, they have no power, so it’s professionally and personally challenging.

“Our challenge is to help people with strategies to deal with those [barriers] and to find some way to research [these practitioners] down the track to see how they cope, to see how they are.”

Dr Maree Toombs, director of Indigenous health at the University of Queensland’s school of medicine, said Australia was in many ways paving the way when it came to embedding Indigenous health in health science courses. She agreed that measuring the impact on patient outcomes was essential, but it would take time.

“It’s a long-term initiative and measurements probably should start from first year and track students right through — perhaps a 10-year study and include patients within that selection,” she said.

“There’s a real pressure on our Indigenous students to save the world. Because they are Aboriginal or Torres Strait Islander, [there’s an expectation that] they are the ones who are going to work in these disadvantaged communities and I think that that’s a really unfair pressure to put on these students — it’s an Aboriginal thing, therefore Aboriginal people can deal with it”, she said.

The researchers said that medical schools should not use these findings as an excuse for inactivity.

“Curriculum evaluation should continue to be carried out in an ordered, planned way, such that the impact of Indigenous health on the learner can be further understood, before the more difficult extension to evaluation of health outcomes.”

One thought on “Outcomes missing in Indigenous curricula”