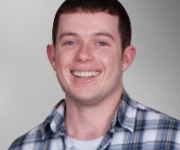 NOW more than ever, Australia needs a strong general practice workforce. Some great work is being done to achieve this at the university level by medical students in the General Practice Student Network.

So what is the General Practice Student Network (GPSN) and how can it influence medical students’ career choices?

GPSN, established in 2007 as one medical student’s vision, is a world-first initiative that utilises a peer-to-peer marketing model to allow students to explore general practice as a career.

In just 5 years, GPSN membership has grown to more than 8000 medical students, making it the second-largest medical student organisation in the country, with a membership base comparable to some of the nation’s medical colleges.

GPSN has an active club at every medical university in the country, each led by an elected team comprising a student ambassador, an executive officer and a secretary. Some clubs have expanded over the years to include their own publications and IT departments.

The ambassador leads the club and organises events that promote careers in general practice, give students the opportunity to enhance skills such as suturing and allow them to explore the specialty, network and have fun. Often GPSN events involve inspiring presentations by local GPs who are invited to speak about their careers — the joys and challenges of general practice.

GPSN also manages the annual First Wave Scholarship program, designed to give 100 students the opportunity to sink their teeth into general practice in urban, rural and Indigenous settings.

Of those 1510 applicants, more than 25% were past members of GPSN or its sister program, the Going Places Network (GPN).

The rapid growth of AGPT applicant numbers has been matched by ongoing appreciation of GPs by the wider community. GPSN, with GPN and General Practice Registrars Australia (GPRA) recently launched the “I heart my GP” campaign, with a great reception by the community and featuring stories from everyone from actor Alan Fletcher, who plays Dr Karl Kennedy on Neighbours, through to Health Minister Tanya Plibersek.

Student networks are not limited to general practice. The Australian Medical Students Association (AMSA) has represented students since the 1960s, and the National Rural Health Students Network (NRHSN) has provided a voice for students who are passionate about improving health outcomes for rural and remote Australians since 1996. Other specialties are now seeing the rise of “interest networks”.

Compared to promoting to interns or residents, it is arguably more cost-effective to promote professions to cash-strapped students (who never say no to a free dinner). Students have more free time to explore their options and have not been as influenced by their seniors as interns.

Student networks offer a chance to develop clinical and leadership skills that will benefit students in their chosen profession in the future.

While the joy of exploring your career path is a lengthy process, the possibilities for driving interest at the medical student level should not be underestimated and the growth of such networks in the future should be watched with excitement.

Mr Chris Timms is the chair of the General Practice Student Network.