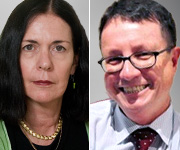 THE cost-effectiveness of birth for women who ought to be at low risk of complications was the subject of a recent study. It looked at four settings — the home; free-standing midwifery units; hospital-based midwifery units; and obstetric units.

According to the abstract, this large prospective cohort study concluded that for “low-risk” pregnancies, homebirth was the most cost-effective option, regardless of the woman’s parity, although the authors concede that having a first baby at home was associated with an increase in “adverse perinatal outcomes”.

Delving into the text, though, it becomes clear that the situation is more complicated than this.

Costs included in the analysis were limited to those incurred during labour and the immediate postnatal period, and the acute stage if transfer took place to a higher level of care. This will underestimate the long-term cost of care for babies experiencing significant perinatal morbidity, a cost that can be considerable and one which is reflected, in Australia at least, in the high price paid by obstetricians for indemnity insurance.

That said, are there implications for maternity care in Australia and, in particular, for extending the option of homebirth to some women? Is homebirth in Australia likely to be as “cost-effective” as in Britain?

There are obvious and important geographical differences between Australia and Britain, differences that have the potential to decrease cost-effectiveness as well as affecting the provision of safe homebirth.

In Britain, homebirth midwives work in conjunction with staff at designated hospitals readily accessible to the woman’s home. When complications arise in a “low-risk” birth, transfer to hospital obstetric care can be timely and streamlined.

This British model has been established in some Australian states. A 2009 study from St George Hospital in Sydney reported on the first 100 cases using this model (it took more than 3 years to accumulate the cohort, suggesting a limited demand for such a service).

Thirty women were transferred to hospital care antenatally and seven during labour, while 63 gave birth at home. There were no deaths or significant complications reported from this small sample.

Women were accepted into the homebirth program after assessment by an obstetrician, and the midwives were part of the hospital team. In this way, the program model was closely allied to those in Britain (and the Netherlands). However, births were attended by two midwives, which must have significantly increased the cost in comparison to hospital birth.

In 2011, we reviewed all published studies of homebirth in Australia reported over the previous two decades. The data revealed that for low-risk multiparous women, attempting homebirth with ready access to obstetric care may have been as safe for the baby as midwifery care in a birth centre or hospital setting, though not as safe as obstetrician-led care.

However, for the small number of women and babies who developed serious intrapartum or postnatal complications, homebirth perinatal outcomes were worse than for women in conventional settings, and obviously correspondingly more costly to the health system.

Attempted homebirth for women whose pregnancy was not low risk — not uncommon in current Australian homebirth practice — was associated with correspondingly poorer perinatal outcomes. Undoubtedly, as far as morbidity is concerned, these outcomes will be more costly than if the cases had been managed in conventional obstetric units.

Major contributors to adverse outcomes were geographic difficulties in accessing obstetric care, as well as apparent reluctance to do so.

The immediate costs of childbirth and postnatal care are important considerations for hospital administrators. However, it is essential that the real costs, including sometimes those of a lifetime of institutional care, are taken into consideration in economic analyses.

As doctors, we must constantly advocate for the best interests of our patients, including babies who cannot speak for themselves.