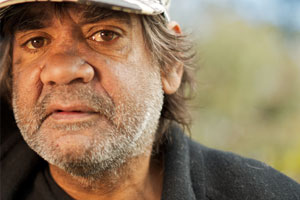 Call for action on racism consequences

RACISM towards Indigenous Australians has health consequences that should be targeted in medical education, according to a Perspective in the latest MJA. (1)

Professor Dennis McDermott, director of the Poche Centre for Indigenous Health and Well-Being at Flinders University, Adelaide, wrote that doctors needed a grounding in the health consequences of racism and an appreciation of widespread systemic discrimination.

Professor McDermott said the literature provided “solid evidence” that racism was a determinant and driver of health inequalities. “Racism is not only an everyday occurrence for many Indigenous Australians, but also one that gets under the skin, and ‘makes us sick’.”

He said an analysis of the health consequences of racism as part of medical education was made difficult because racist acts and systemic discrimination were not recognised.

“Whether the educational setting is a primary medical degree or further professional development, participants report bringing low levels of understanding of Indigenous issues with them. A new paradigm of learning must emerge”, Professor McDermott said.

“Becoming a thinking, culturally safe practitioner is also the prerequisite for emerging as a clinically safe one.

Most Australians had difficulty recognising the corrosive attitudes many Indigenous Australians reported. This was reflected in the “resurgence of bipartisan paternalism” which resulted in the reimposition of the NT “emergency response” for a further 10 years, Professor McDermott wrote. The Senate approved the 10-year extension of the intervention late last week. (2)

Associate Professor Elizabeth Chalmers, a director of General Practice Education and Training (GPET), said although more could always be done, racism was recognised in educating both GP registrars and in ongoing professional development.

Professor Chalmers, who works in the NT, said since GPET began in 2000, it had an Aboriginal and Torres Strait Islander reference group with a wide membership base, working closely with the National Aboriginal Community Controlled Health Organisation, to help regional training providers develop culturally appropriate programs.

Following an evaluation there is now a GPET board Aboriginal and Torres Strait Islander advisory group, which Professor Chalmers cochairs with Dr Tammy Kimpton from the Australian Indigenous Doctors’ Association, to provide expert and culturally sound advice about activities aimed at increasing the number of GP registrars training in community controlled and other Indigenous health services.

Cultural training and access to mentors and elders helped to raise awareness of the issues facing Indigenous Australians.

However, Professor Chalmers acknowledged that racism was still sometimes encountered among GP registrars. “We do know of quite a few Aboriginal registrars who have had to deal with racism”, she said.

“We can’t take our eye off the ball”, Professor Chalmers said.

11 thoughts on “Call for action on racism consequences”