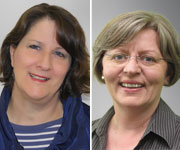 “Words are, in my not-so-humble opinion, our most inexhaustible source of magic. Capable of both inflicting injury and remedying.” ― Albus Dumbledore in Harry Potter and the deathly hallows: Part 2

DIABETES Australia recently published a position statement with the aim of raising awareness among health professionals about the power of language surrounding diabetes.

The position statement highlights how verbal and written language can reflect and influence ideas, emotions and behaviours. It argues that the careful choice of words can make a positive difference to the health and wellbeing of people with diabetes. Likewise, ill chosen words can cause distress, guilt or anxiety, which in turn can lead to adverse health outcomes.

The position statement suggests avoiding words that label or create and reinforce negative stereotypes. The word “diabetic”, for example, defines the person by their medical condition rather than recognising it is just one part of their lives.

It also recommends avoiding words that demotivate or are judgemental. Using words such as “poor”, “bad” or “failing” can leave people with diabetes feeling discouraged about their self-care efforts, and as a result they may stop confiding in their health professionals about their concerns or the challenges they experience every day with diabetes.

Words can also reflect unrealistic ideas about diabetes. Referring to a person’s diabetes as “poorly controlled”, for example, places the blame for high or erratic blood glucose levels (BGLs) on the individual and does not reflect the reality that diabetes is often unpredictable. Many factors beyond a person’s direct control, such as hormonal fluctuations, variable insulin absorption, stress and medications for comorbid conditions, can have an impact on BGLs.

Feelings of failure or frustration can easily develop as a result of unrealistic expectations, especially if the person believes that the efforts they have made with their diabetes self-management are not acknowledged.

Importantly, language can reflect attitudes. This applies specifically to describing a person as being “non-compliant” or “non-adherent”.

These words prioritise fitting in with the health professional’s agenda rather than recognising the choices and responsibilities of the person with diabetes. Moreover, these words can suggest a fixed trait rather than a dynamic process.

Many studies have tried to find associations between medication-taking behaviour and personality traits but have been unsuccessful. Everyone with a long-term medical condition goes through phases in life where the condition is not the highest priority in their lives. In addition, there may be legitimate and unexpressed concerns, such as fear of hypoglycaemia, that have led to the person having elevated BGLs.

Other factors may also be acting as barriers to effective self-management, such as highly complex regimens that are difficult to apply in everyday life, mental health issues or conflicting messages about targets from health professionals.

When talking with people who have diabetes, Diabetes Australia suggests using words that reassure, motivate and reflect a collaborative approach to management.

Even subtle changes in language can have an impact if the anxieties, guilt and frustrations of living with diabetes are acknowledged.

It recommends using non-judgemental language, as well as words that focus on facts, outcomes or behaviours rather than traits or value judgements. For example, instead of saying “poorly controlled diabetes”, use the phrase “elevated HbA1c [glycated haemoglobin]”. When discussing BGLs, use neutral terms such as “in” or “above” target, rather than “good” or “bad”. Use words like “options” and “choices”, which reflect a collaborative approach to decision making rather than providing directives, such as “you should” or “you must”.

Diabetes Australia adds its recommendations also apply when talking about people with diabetes, such as with other health professionals or in journal articles, as this reinforces positive attitudes.

It also proposes the use of positive language about diabetes can be enhanced through conscious effort and recognises there is an ongoing need to reflect on the language we use, as new words and new meanings are continually emerging.

Dr Jennifer Conn is an endocrinologist at the Royal Melbourne Hospital, Parkville. Professor Jane Speight is foundation director of the Australian Centre for Behavioural Research in Diabetes — a partnership for better health between Diabetes Australia Victoria and Deakin University.

Dr Conn and Professor Speight are two of the authors of the Diabetes Australia position statement.

One thought on “Jennifer Conn”