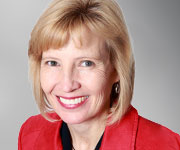 SINCE NPS launched its latest campaign against antibiotic resistance earlier this year, there’s one question I’ve constantly been asked: Given it is such a serious issue, why are doctors continuing to write antibiotic scripts when they are not indicated?

There is no question that Australian GPs have become better over time at differentiating viral from bacterial infections, and prescribing rates have come down, particularly after previous NPS antibiotic campaigns.

Despite this, there is clear evidence that antibiotics are overused in Australia. Around 22 million prescriptions are written every year — this puts us well above the OECD average in terms of usage per capita/per day.

Alarmingly, we use antibiotics at more than double the rates of countries at the lower end of the spectrum, such as Sweden and Switzerland. There is no apparent difference in health outcomes as a result, and in these countries antibiotic resistance is at much lower levels than Australia.

The danger posed by antibiotic resistant bacteria is right on our doorstep — highly virulent and transmissible strains of resistant bacteria are being bred in our own backyard. Every year in Australia, more than 1700 people die in hospital from methicillin-resistant Staphylococcus aureus (MRSA).

Resistant infections used to be a hospital-based threat but, disturbingly, we are seeing more of these in previously healthy people who have acquired an infection in the community.

GPs and other prescribers are the gatekeepers of antibiotics so ultimately we carry the lion’s share of responsibility in helping to curb their use. We are also right on the frontline when it comes to communicating the issues regarding antibiotic resistance to patients.

As a GP, I am well aware of the diagnostic uncertainty we face at times, and I have certainly erred on the side of caution and prescribed antibiotics “just in case”. I have also given in to patient pressure when their desire to get better quickly, or not get worse, leads them to request antibiotics — again, “just in case” they help. Unfortunately, we have all been blind to the risks associated with this approach.

One of the most important things you can do is take the time to explain to patients why they don’t need antibiotics for their illness, and then provide advice on how to manage their symptoms. It doesn’t always take more time to use patient-centred communication skills during a consultation, and if it does take a couple of minutes longer, the time spent is certainly worthwhile.

If antibiotics are indicated, we need to discuss the importance of taking them exactly as prescribed and mentor patients on the simple hygiene practices they can undertake to stop their infection spreading to others.

Antibiotic resistance has been described by the WHO as one of the greatest threats to human health today. It is a worldwide problem due to globalisation, and human, veterinary and agricultural misuse of antibiotics.

The lack of new antibiotic development is also a major concern, with the drug pipeline for new antimicrobials all but dry.

Australia needs to play its part in the fight against antibiotic resistance. To see a real change we need a consistent effort over time and it’s GPs who need to lead the fight.

Let’s not risk returning to the dangers of a world without antibiotics, where bacterial infections once again become potential killers.

Dr Janette Randall is the chair of the NPS Board.