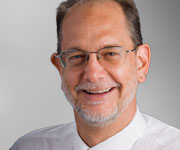 IT’S important to make a distinction between the efficacy of bicycle helmets (how well they protect the head) and the effectiveness of mandatory helmet legislation (designed to reduce community rates of head injury).

Although helmets can protect cyclists in some crashes involving impact to the head (most do not), there is very poor evidence that mandatory helmet legislation has achieved the desired reduction in head injury rates at a population level.

Bicycle helmets are designed to protect the head from a direct impact to the front, side or back of the head. They do not protect the lower face or neck, and must be worn correctly to be useful.

Children and non-regular riders are the least likely to wear helmets correctly, and are also the most likely to crash.

Because of their soft-shell design (to absorb the impact of a direct blow) helmets can actually increase the risk of angular acceleration (rapid twisting of the head) as a result of oblique impact and cause diffuse axonal injury. Motorcycle helmets are better designed to avoid this kind of brain injury.

Brain injury is the most serious head injury, obviously more important than superficial scrapes and grazes which “count” as a head injury in bicycle statistics.

A recent review of the evidence for helmet efficacy found that they were likely to prevent only about 10%–15% of head injuries. This surprisingly low figure is due to publication and temporal bias identified in an earlier analysis of the same studies reporting on bicycle helmet efficacy. It does not take into account possible increases in some kinds of brain injury because of the design of bicycle helmets.

The same thing happened in New Zealand in 1994 when they introduced similar legislation. A recent survey found that about one in five adults (20% of both non-regular and regular cyclists) said they would cycle more if they didn’t have to wear a helmet.

Numerous studies have identified that the health benefits of cycling (through increased physical activity) significantly outweigh the injury risk. Therefore, there is a population health cost due to helmet legislation.

Mandatory helmet legislation could be justified if it achieved significant reductions in head injury rates. Time-series analyses of head injury rates show a significant decline in head injuries for all road users (motorists, pedestrians and cyclists) before the introduction of helmet legislation. This decline is attributed to the general improvement in road conditions that resulted from a series of road safety programs (eg, random breath testing, speed reduction, social marketing) through the 1980s. Bicycle helmet legislation came in on the tail of these improvements.

The slight reduction in cyclist head injury rates in the two years immediately after the legislation was introduced is due to the continued benefits of improvements to the road safety environment and, importantly, because there was a large drop in the number of people cycling and hence lower exposure to risk.

The Cochrane reviews which concluded that helmet legislation was effective in reducing head injuries did not consider exposure (how many people were cycling and how far) and cannot rule out that small reductions in head injury rates are attributable to fewer people cycling.

It is worth considering that not all types of cycling are equally dangerous. Mountain biking and road racing are far riskier than recreational cycling on a bike path.

Legislation is a blunt instrument to protect people from their own behaviour. We do not make it punishable by the police to smoke tobacco, eat junk food or not wear sunscreen.

Professor Chris Rissel is with the School of Public Health, University of Sydney. His research interests focus on obesity prevention and active transport with a particular emphasis on cycling advocacy.