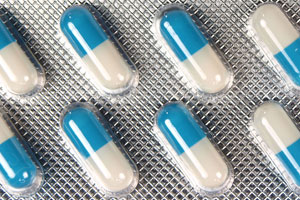 THE oral anticoagulant dabigatran is a convenient and effective option for patients with non-valvular atrial fibrillation, but experts say it should be used with caution in patients aged over 75 years and those with impaired renal function.

Unlike warfarin, dabigatran is eliminated via the kidneys, which means impaired renal function results in drug accumulation, said Professor Ross Baker, a clinical haematologist at Royal Perth Hospital, and his coauthors, writing in an editorial on dabigatran in the latest MJA. (1)

“In the community, more than half of patients who develop AF are aged over 75 years, and older people are the most vulnerable to dabigatran accumulation because of an age-related decline in creatinine clearance (CrCl)”, the editorial said.

There was also a trend towards a higher risk of major bleeding in patients aged over 75 years on a 150 mg dose.

If major bleeding did occur with dabigatran, which happened in around 3% of patients, there was no accepted reversal agent or standardised laboratory test to guide clinical management, the editorial said.

In same issue of the MJA, neurologists at Queen Elizabeth Hospital in Adelaide reported the first case of using endovascular therapy for acute ischaemic stroke in a patient taking dabigatran. (2)

The neurologists opted for mechanical clot extraction because intravenous recombinant tissue plasminogen activator was contraindicated due to the patient’s use of dabigatran.

“Currently no guideline exists on the safety of treatments for acute stroke in patients taking dabigatran”, the authors wrote.

“This situation is likely to occur more frequently in the near future as direct thrombin inhibitors including dabigatran become available as alternatives to warfarin for stroke prevention in patients with atrial fibrillation.”

Commenting on the report, Professor Baker told MJA InSight the case demonstrated the potential difficulties when managing patients on dabigatran.

The editorial recommended that safe dabigatran dosing required an assessment of CrCl, yet in older patients simple methods to estimate CrCl were neither reliable nor validated.

The authors said the Cockcroft–Gault formula was the most appropriate for calculating CrCl for dabigatran prescribing. A calculator for this formula was readily available online or as a smartphone application.

The widely available epidemiological tool for estimated CrCl — the Modification of Diet in Renal Disease, which many pathology laboratories used to calculate CrCl — was not recommended as it overestimated CrCl, the editorial said.

The editorial also advised care with the use of dabigatran in older patients with low bodyweight and those taking medications that significantly increased their dabigatran level (amiodarone, quinine and verapamil) or increased the risk of gastrointestinal haemorrhage (aspirin, clopidogrel or a long-acting non-steroidal anti-inflammatory agent).

Professor Baker told MJA InSight that warfarin remained a good option for patients whose anticoagulation was very stable and who had been taking it without trouble for a long time.

When changing patients from warfarin to dabigatran, the dabigatran should not be started until the international normalised ratio was less than 2 because of dabigatran’s rapid onset of action.

Dabigatran is considered an attractive alternative to warfarin because of its reduced incidence of intracranial haemorrhage, wide therapeutic range, predictable pharmacokinetics, limited drug interactions and lack of food interactions. These factors allow fixed doses without the need for routine laboratory monitoring.

However, the editorial said dabigatran trials were not designed or powered to assess the safety profile of the drug in older patients, or patients with severe renal impairment.

“We urge caution to avoid overenthusiastic use of dabigatran because of the limitations of extrapolating clinical trial data to the wider patient population, and limited postmarketing data”, the authors wrote.

This problem of extrapolating trial data was not limited to dabigatran, according to another editorial in the same issue of the MJA, which said certain patient groups, such as older people and the very young and those with comorbidities, were typically excluded from trials. (3)

“The current difficulties with dabigatran exemplify a recurring problem with the translation of clinical research into practice”, the editorial said.

6 thoughts on “Dabigatran: choose your battles”