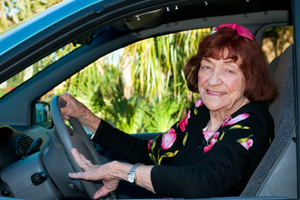 Merit in graduated licences for seniors

A GRADUATED system of licensing older drivers may offer some benefits for GPs who often have to deal with difficult assessments of fitness to drive, according to Australian experts.

Dr James Griffin, a Queensland GP and Royal Australian College of General Practitioners spokesman on assessing drivers, said if older drivers had a graduated licensing system similar to that used for young drivers, it could take the pressure off GPs to make sometimes difficult assessments about driver fitness, so might warrant further investigation.

Professor Ernest Somerville, a Sydney neurologist and chair of the Australian and New Zealand Association of Neurologists’ driving committee, agreed a graduated system might have some advantages for doctors.

However, Dr Griffin and Professor Somerville agreed that although a lot of emphasis was placed on the fitness of older people as drivers, it was the youngest drivers who were at a much greater risk of being involved in accidents.

They were commenting on two articles in the CMAJ on the relationship between older people and driving risk.

A commentary in defence of older drivers said that when senior drivers were compared with non-senior drivers who drove a similar number of kilometres, any overrepresentation in crash statistics disappeared completely. (1)

The commentary author said an increased number of deaths among older drivers was due to frailty, which increased the probability of dying, rather than the ability to drive safely.

However, an editorial in the same issue of CMAJ said graduated licences should be extended to senior drivers to prevent trauma, “rather than to await a series of incidents before taking action”. (2)

Under the graduated license system, an older person’s full driver’s licence would default automatically to a restricted licence at a given, consistent point in time.

“The optimal transition time would be debatable, but might be based on a specific age, retirement or other benchmarks”, the editorial said.

Older drivers could apply for exemptions if they could show good health certified by their physician.

“Placing the onus on patients to seek a medical exemption would likely be more effective than relying on others to start discussions about medical suspension”, the editorial said.

Professor Somerville said a 2001 report by the Urban Transport Institute of Victoria showed similar driver statistics as those provided in the CMAJ commentary. The VicRoads statistics showed that 16–19-year-old drivers were three times more likely to be involved in crashes than the 75+ years age group. (3)

“It is clear that the group of drivers who are at greatest risk are the very young”, Professor Somerville said.

Dr Griffin said the RACGP believed the ideal system for assessing fitness to drive was the establishment of medical review panels in all states, similar to a system that already exists in Victoria.

In Victoria, GPs could refer drivers to the panel, convened by the Victorian Institute of Forensic Medicine, if there was any dispute over a driver assessment.

“This system would make it clear that it is the driver licensing authority that is responsible for issuing drivers’ licences, not doctors”, Dr Griffin said.

Professor Somerville also called for all states to introduce a similar review panel system to that operating in Victoria.

6 thoughts on “Merit in graduated licences for seniors”