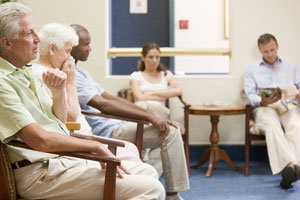 A LEADING drug and alcohol addiction specialist says only about half the people across Australia who should be receiving opioid substitution therapy were able to find a placement in a treatment program.

His concerns are particularly reflected in the Hunter New England region of NSW where patients are being told to join waiting lists of up to 2 years to access opioid substitution therapy (OST) programs.

A NSW Ministry of Health spokesperson confirmed to MJA InSight that “non-priority patients” were waiting up to 2 years to access opioid treatment in the Hunter New England region.

While “priority patients” were being accepted for treatment, this included only a narrow set of patients, such as those who were pregnant or HIV positive.

The spokesperson said there had been a 200% increase in the number of OST patients in the Newcastle region in the past 10 years — the largest increase in demand in the state.

Dr Wodak said there should be greater financial incentives to encourage GPs to manage these patients.

Research in the MJA this week looked at patient perceptions of sharing a waiting room with people being managed for opiate addiction. It found patients were much more likely to change practices due to waiting times or price hikes than because some of their fellow patients were attending for OST. (1)

The researchers were surprised that a large majority of patients could not correctly identify if their practice prescribed OST.

“These results suggest that GPs’ fears of losing patient patronage if they commence OST prescribing are unfounded and should reassure GPs who are considering prescribing OST”, the researchers wrote.

“It suggests the problem of stigma from patients is not as bad as we thought, but we need to encourage more doctors to get involved in this kind of work.”

The lack of GPs prepared to offer OST has had serious consequences in the Hunter New England region where local pharmacist Ms Donna McKinnis said patients were missing out on treatment because of the difficulty of getting onto the treatment program or into local GPs.

Ms McKinnis said she believed GPs were reluctant to manage opiate addiction “because they think their patients are reluctant”.

The problem affected many people who had been receiving OST in prison but were unable to access the medication upon release.

Since late December, Ms McKinnis had been lobbying local GPs to take on more methadone patients. She has succeeded in shifting 10 patients from the methadone clinic into local general practices, freeing up places in the clinic.

She first became aware of the problem when a man released from prison presented to her pharmacy in Newcastle last August unable to access the low dose methadone (4mL) he had been receiving in prison.

Ms McKinnis finally found a GP who would prescribe the methadone after calling the local methadone clinic, prison health services and 14 GPs, plus visiting another three GPs.

“It is frustrating that this was what I had to do. What are we doing to these people? What do we expect will happen to them?”

She said that the patients’ inability to access their medication “would not be happening if they were diabetic”.

McKinnis recalled the case of a man recently released from prison who was unable to access the large methadone dose [20mL] he had been receiving.

“He managed to last a week before it all got too much and he went in search of drugs.” She said something went wrong and he was now back in prison facing serious criminal charges.

The NSW Ministry of Health spokesperson said the department was working with Hunter New England Health to ensure that patients had their prescriptions and that their dispensing was effectively managed.