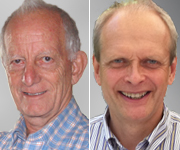 FROM July this year, all traditional Chinese medicine practitioners must register with the new national Chinese Medicine Board of Australia, a new member of the Australian Health Practitioner Regulation Agency.

This extends nationwide a process adopted in Victoria in 2000.

Traditional Chinese medicine (TCM) claims to be a complete diagnostic and treatment system dating back thousands of years. It claims to be based on an understanding of health and illness which differs substantially from that of scientific medicine.

In Australia, TCM is included under the general term “complementary and alternative medicine” (CAM) and refers to the three modalities whose practitioners will be included in the register — acupuncture, Chinese medical diagnosis and Chinese herbal dispensing.

TCM is based on a non-scientific concept of imbalances of “essential elements” — wood, fire, earth, metal and water. It is similar to ancient beliefs in other cultures in India and the Mediterranean.

Until well after the scientific revolution of the 16th and 17th centuries, the Greeks, Romans and then all of Europe believed that diseases were due to an imbalance of four bodily fluids (humours), corresponding to the world’s four “fundamental elements” — earth, water, air and fire.

With the advent of scientific medicine, these theories were proven baseless.

So, what are the implications of registering TCM practitioners?

As far as mere process is concerned, there is some evidence from Victoria that registration has a beneficial impact on tightening standards and that dealing with complaints was somewhat improved. However, we need to look beyond mere process.

As far as the ability to practice is concerned, this new status would entitle registered TCM practitioners to make diagnoses and recommend treatment. That would place them on a par with medical practitioners practising scientific, evidence-based medicine.

While the differences in diagnoses and therapies would be (hopefully) clearly obvious to the public, it will be far less clear whether a TCM practitioner has adequate knowledge to be a safe diagnostician.

The therapies advocated by TCM need to be regulated by the Therapeutic Goods Administration (TGA) to ensure patient safety. Evidence that these therapies are safe and efficacious is currently sparse.

We welcome the enormous recent efforts of the Chinese government to fund scientific research into TCM therapies and are looking forward to seeing the results.

However, the registration of TCM practitioners is missing the woods for the trees. It seems to be based on the merits of process alone.

Medically and from a public health standpoint, registration of TCM is contraindicated for four reasons:

“Those who believe that regulation is a substitute for evidence will find that even the most meticulous regulation of nonsense must still result in nonsense.” (Edzard Ernst, the world’s first professor of complementary medicine, at the University of Exeter, England.)

Professor Marcello Costa has a personal chair in neurophysiology at Flinders University, Adelaide, South Australia, and is a Fellow of the Australian Academy of Science. Associate Professor Hubertus Jersmann is a senior academic at the School of Medicine, University of Adelaide, and is a respiratory physician at the Royal Adelaide Hospital.

Information for potential conflict of interest: Professor Costa is a founding member of the Friends of Science in Medicine (FSM). Associate Professor Jersmann is a member of FSM.