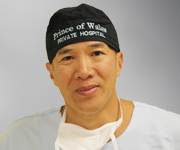 “I cannot help but wonder how such a situation came to develop… If I had been told by a physician, no matter how senior, that infants don’t feel pain, I would never have believed it. What constitutes the difference between my reaction and that of the thousands of physicians who did believe it?” Jill Lawson, 1988

JILL Lawson was one of the leaders of the parents’ campaign of the mid 1980s to shield infants from surgical pain.

In a letter published in the New England Journal of Medicine she questioned why doctors did not react as individuals to such an incomprehensible assertion.

The reasons why doctors traditionally take so long to question dogma are complex but we are known to be a rather conservative group of people. As late as 1974, experiments were still being conducted to ascertain whether infants felt pain.

We now know that animals are capable of emotion and feel pain. The hope is that the public in general and doctors specifically will acknowledge this fact and rid our society of animal cruelty.

The AMA requires our profession to uphold the values of altruism and compassion and to advocate for social justice. I believe we should reflect the prevailing social concern for animal protection by applying this commitment to humans and animals alike.

Anyone who has shared their life with a dog will know that animals are complex beings with the capacity for physical pain and mental distress.

Our scientific training gives us the evidence for this. We know that mammals and birds are sentient beings with the neurophysiological mechanisms for emotion.

This knowledge comes with an ethical responsibility. As scientists and advocates of social reform we should recognise that animal suffering matters and speak up when we see it occurring.

We cannot ignore the more than 500 million animals who suffer on factory farms each year in Australia. They are treated like machines on a production line with little regard for their welfare.

Most pregnant pigs are individually confined in cages so small they can’t even turn around, while up to 60 000 meat chickens are crammed into a single shed where distress and disease are rampant.

The medical profession has begun to protect animals used for scientific experimentation. Researchers and clinicians are required to alleviate pain and distress with anaesthesia, for example.

Yet there is a glaring contradiction in our tolerance of factory farming procedures. Infant animals are routinely mutilated without pain relief — the tails, teeth and testicles of piglets, the beaks of chicks, and the horns, tails and testicles of calves.

Whether you are a vegetarian or a meat eater like me, surely we can all agree that animals deserve some basic decencies — freedom from pain and distress, space to move freely and the ability to express their natural behaviours.

Doctors may not have direct responsibility for the injustices of modern agriculture but we do have the power to help overcome them. We hold a privileged role in society; we are trusted as scientific minds and reliable carers.

Our communities will listen when we explain the illness and suffering that lies hidden behind the closed doors of factory farms.

I have done this in recent years by supporting the work of Voiceless, the animal protection institute, along with Nobel Laureate J M Coetzee, former Justice of the High Court Michael Kirby, and former Secretary to the Treasury Ken Henry. Without a dreadlock or angry placard in sight, we are speaking up for animals with reason and compassion. And we are being heard.

More Australians than ever before are considering where their food comes from and the truth is compelling them to make ethical choices in the supermarket. Food producers are responding to this consumer demand with more humane practices and animals do have hope for a better life.

We can help make this happen and we ought to do so. Let’s extend our compassion beyond the hospital.

Associate Professor Charlie Teo is the director of the Centre for Minimally Invasive Neurosurgery at the Prince of Wales Private Hospital and founder of the Cure for Life Foundation. He is a member of the Voiceless Council.