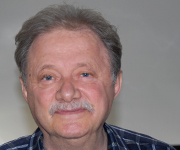 ANY casual observer of health care in Australia quickly becomes aware of the debilitating distrust that exists between doctors, politicians and bureaucrats.

This parlous state of affairs is particularly endemic among those charged with addressing perceived inefficiencies and problems in Australian health care.

Fuelling this distrust is the fact that the many bureaucratic silos in our multilayered system seem to work independently of each other. So it is inevitable that each silo will promote its own agenda or that of its political masters.

Whenever propositions eventually emerge from public service think tanks, a ferocious battle for the supremacy of ideas and minds ensues.

The discussion paper notes in its preamble: “As part of the National Health and Hospital Network reforms the Australian Government has committed to establishing National and Local Lead Clinicians Groups. The Lead Clinicians Groups measure recognises the role of clinical leadership and expertise in delivering safer and higher quality health care to the benefit of patients and their families.”

The palpable problem with the discussion paper is that although it gives a passing nod to the “role” of doctors in clinical leadership, it remains silent on what that role might actually be.

Through its singular refusal to address this component of the organisational reform, it has effectively neutered the role of doctors in the clinical governance of health and hospital networks.

Significantly, its silence on this crucial role is an irrefutable disregard of former prime minister Kevin Rudd’s public promise, given last year, to set up panels of doctors and nurses to help manage hospitals.

The AMA is understandably disturbed by this blatant disregard of Mr Rudd’s commitments in the discussion paper and has let its displeasure be widely known. Federal Minister of Health Nicola Roxon, in response to AMA public protests, noted that she looked forward to receiving a “formal” submission detailing the AMA’s concerns.

In an article in The Australian she also claimed: “The government remains strongly committed to strengthening clinical engagement in our health system — in all settings including hospitals and primary care services — and we look forward to continuing to work with the AMA to deliver this.”

But interested observers may well wonder at the real value of any political promise — in the context of political promises, in general, and the latest ruckus over the carbon tax — irrespective of the position held in that particular debate.

However, it is patently clear that this denial of doctors’ roles in clinical governance is a further manifestation of the political thrust to undermine their professional role and influence.

There is tangible evidence of this changing political philosophy in the moves to broaden the scope of practice of lesser-qualified health professionals in areas previously seen as the province of doctors.

Denying doctors any role in clinical governance in health and hospital services demonstrates a cynical disregard for due process and honesty. One can but wonder at the rationale underpinning this classic doublespeak.

In response, and with humble apologies to Karl Marx, clinicians could perhaps adopt the slogan: “Doctors of Australia unite. You have nothing to lose but your political and bureaucratic chains.”

3 thoughts on “Martin Van Der Weyden: From the sidelines”