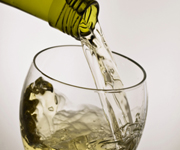 TWO studies which offer compelling evidence that light to moderate alcohol consumption is protective against heart disease do not warrant any changes to current public health messages, according to two leading cardiologists.

Professor Garry Jennings, director of the Baker IDI Heart and Diabetes Institute in Melbourne, and Professor James Tatoulis, chief medical adviser to the Heart Foundation, agreed that the studies reinforced and consolidated what was already known and recommended about the benefits and risks of drinking alcohol.

They said the studies confirmed the narrow tipping point between benefit and harm from alcohol consumption, and that the studies provided nothing to recommend doctors change their current advice to patients about drinking.

The studies, published in the BMJ, show that individuals who drink in moderation are up to 25% less likely to develop heart disease compared with those who drank no alcohol.

They also found that moderate alcohol consumption led to a “significant” increase in some cardiovascular markers, including serum high density lipoprotein cholesterol levels. There was no correlation with the type of alcohol; benefits were found in wine, beer and spirits drinkers.(1,2)

Both papers were based on systematic reviews and a meta-analysis of studies published between 1950 and 2009, involving millions of people.

One of the authors of the first paper, looking at the association between alcohol consumption and selected cardiovascular disease outcomes, said the debate about the impact of alcohol on heart disease should now centre on how to integrate the evidence into clinical practice and public health messages.

Professor Jennings said although the studies provided “pretty compelling” evidence of the benefits of moderate alcohol consumption “no one should take up drinking because of these studies”.

“There is a little window in alcohol consumption that is associated with fewer cardiovascular risks but then the adverse affects on all other organs, like the liver, kick in.”

Professor Jennings said he was concerned that the liquor industry, particularly the red wine industry, used these types of studies to “hype up” the benefits of drinking alcohol.

He said recommendations about safe drinking levels, such as from the NHMRC, were still relevant.(3)

Professor Tatoulis said it should not be forgotten that excessive alcohol intake was strongly associated with markedly enhanced cardiovascular risk through hypertension, haemorrhagic stroke and dilated cardiomyopathy, as well as liver damage.

However, he said doctors should not admonish patients for light to moderate drinking.

“Not only do the epidemiological studies conducted over the past 50 to 60 years reinforce [the benefits of light-to–moderate drinking], but also the biomarker studies add further weight to a direct causality…,” Professor Tatoulis said.

“The evidence is strong. It has been available and accumulating for many years, but these meta-analysis studies, that encompass millions of people from different areas, different societies of different ages, with differing risk (from healthy to having cardiovascular risk), consolidate and reinforce the known evidence.”

However, Professor Tatoulis suggested doctors not use the term “moderate consumption” when discussing alcohol with patients as it could be interpreted by many as meaning more than two drinks per day.

“Talking about a specific quantity, ie, up to one glass for women and up to two glasses per day for men, would be less open to misinterpretation,” he said.