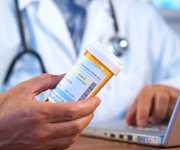 Do GPs need a pharmacist?

WOULD a pharmacist working within a general practice environment help to improve medication safety for patients?

It’s one of the questions Queensland pharmacist and PhD candidate Chris Freeman hopes to answer in a survey about the role of pharmacists in medical centres.(1)

Freeman said he was conducting the survey because the role of the pharmacist in primary care was not well defined, resulting in a lack of research in this area. Most published literature about the role of pharmacists comes from the United States, the United Kingdom and Canada, and cannot be directly applied in an Australian setting.

In a paper co-written by Freeman and published in the Australian Family Physician, the authors proposed that a senior pharmacist should be part of the general practice multidisciplinary team.(2)

The proposed role would be to provide multiple risk management strategies to improve medication safety, with no prescribing or dispensing duties. It would focus on interventions for high-risk patient groups and disease states.

The authors said the evidence of adverse drug reactions (AEDs) in primary care was “sobering”, citing one study that found these events were one of the most “significant causes of morbidity in the Australian community”.(3)

They said a general practice pharmacist would be ideal for collecting data on AEDs, which would enable the development of prescribing standards.

“The survey aims to provide a greater understanding regarding the potential role of a pharmacist within the general practice environment,” Freeman said.

He estimates the 30-question survey will take about 10 minutes to complete.

The results, to be published in MJA InSight, are expected to be available in April.

5 thoughts on “Do GPs need a pharmacist?”