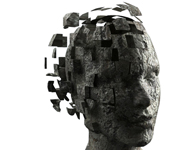 CLINICS where GPs and psychologists practise together could help ensure greater use of Medicare-funded Better Access mental health items by women, according to a leading Australian mental health expert.

Professor Kulkarni was commenting on a study in the latest issue of the MJA, which looked at the uptake of the Better Access items among 14 911 adult women in three age cohorts, using data from the Australian Longitudinal Study on Women’s Health that were linked to Medicare records.(1)

Better Access items under the Medicare Benefits Schedule promote a team approach to mental health care by supporting GPs to work with psychiatrists, clinical psychologists and other allied mental health professionals to increase availability of care.

The MJA study found lower rates of uptake of the items among socioeconomically disadvantaged women and those who had a lower level of education. Overall, only 12% of younger women, 10% of mid-age women and 1% of older women who reported mental health problems had made claims for mental health items.

“If women who have difficulty managing on their available income and who have lower educational levels are less able to make use of mental health services despite their mental health needs, the scheme does not necessarily address gaps in service provision as intended,” the authors said.

More than 1.2 million Better Access services were provided in the first year after they were introduced in 2006.

Professor Kulkarni said she believed the items had mainly been used for people with less severe mental illnesses and by people who were wealthier, more informed and had more time to spare.

“Women from lower socioeconomic groups probably do not present until they have major depression, psychosis or other severe mental illness and, in that situation, they will present to the psychiatric services of public hospitals via the community teams,” Professor Kulkarni said.

“Rather than access being an issue, and there isn’t any indication that this is the case, perhaps the perception is that psychological counselling is for the ‘worried wealthy’.”

Lead author of the study, Professor Julie Byles, said women who were poorer or older must be encouraged to discuss with their GP the option of mental health counselling.

Professor Byles, director of the Research Centre for Gender, Health and Ageing at the University of Newcastle, NSW, said there were many reasons why some women were not using the items, including awareness, attitudes to counselling and access to services.

It was too early to tell from the data whether women’s mental health improved after taking up the items.

Dr Linda Mann, a Sydney GP with an interest in women’s health, said the low uptake by the oldest group of women might be because they chose to be treated by their GP rather than an outside mental health professional.

The literature showed that older people were more attached to their GP, she said.

Another study, published online in the British Journal of Psychiatry, which also looked at uptake of Better Access items, found that there did not appear to be over-servicing of people without potential need and, like the MJA study, did not find a difference in rates of uptake in urban, regional and remote areas.(2)

But unlike the MJA study, it did not find socioeconomic status had an effect on uptake, once clinical variables were taken into account.

The BJP study was based on data from 8841 adult men and women in the 2007 National Survey of Mental Health and Wellbeing.

One thought on “Concern over low uptake of mental health support”