Andrew Pesce: Turning up the heat on health reform 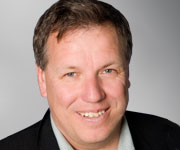 THE term “health reform” has been used many times by many people in the past few years. It is easy to say, but it is very hard to achieve.

That is why the COAG agreement last weekend was significant.

Getting all our governments to agree on the direction of major health reform sends a strong signal to the community that they are, at last, serious about fixing our health system.

The federal AMA has been generally supportive of the agreement — not every element of the reforms, but more the fact that all political leaders have acknowledged that we can do a lot better in delivering health services to patients.

To do nothing — to leave things the way they are — would be a disaster.

So, what do we have?

The Commonwealth will increase its share of public hospital funding from around 39% at the moment to 45% in 2014, then 50% in 2017. The funding would be held in an independently managed national funding pool.

The AMA wants those funds to be delivered as directly as possible to the Local Hospital Networks (LHNs). There must be an absolute minimum of bureaucracy. The funds must be used to run health services, not health departments.

The AMA would prefer a single funder for our hospitals, but it looks like the single national pool is as close as we are going to get for now.

Now that we have an agreed financing arrangement, it is time to get moving on the real agenda of health reform — better health service delivery and greater efficiency and accountability in the health system.

It is vital that there is proper integration between the LHNs and the proposed Medicare Locals. We are pleased that there is a commitment for local control of the LHNs, and proper input from clinicians into their management.

Equally important is preserving the key leadership role of GPs in primary care. Medicare Locals must support general practices and not divert services or engage in fundholding arrangements that would steer funding away from GPs and their patients.

If Medicare Locals and LHNs are set up thoughtfully and there is interaction between the two, there could be a dialogue on the proper integration of health services across the spectrum. They must integrate seamlessly and cooperatively if this is going to work.

This has to happen, but we are yet to see the detail about how it will happen.

There is still a long way to go, but at least we have — for now — consensus and commitment to fix our health system.

If delivered, this is a recipe for a better health system — but the recipe must also include big reforms in aged care and mental health.

Dr Andrew Pesce is the federal president of the AMA.

2 thoughts on “Andrew Pesce: Turning up the heat on health reform”