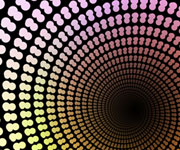 Discharge summaries in a “black hole”

AN electronic discharge summary that includes tests pending when patients leave hospital is a good idea, but first the problem of test results disappearing into hospital “black holes” has to be solved, says Dr Mukesh Haikerwal, a national e-health leader and practising GP.

Dr Haikerwal, national clinical lead for the National E-Health Transition Authority, said that, in Australia, hospitals were the stumbling block to the implementation of an electronic test management and discharge summary system.

He was commenting on a systematic review by Australian researchers which showed failure to follow up test results for hospital patients is a substantial problem.

The paper, published online in BMJ Quality and Safety, found the lack of follow-up of laboratory or radiology test results for inpatients ranged from 20.04% to 61.6%, and for patients treated in emergency departments, ranged from 1.0% to 75%, when calculated as a proportion of tests.(1)

The two areas most lacking were reporting of critical results of tests and results for patients moving between healthcare settings.

The findings, based on analysis of 12 studies, showed in some cases the lack of follow-up resulted in: inappropriate or unnecessary antibiotics being prescribed; missed diagnoses of hypothyroidism, hyperthyroidism and osteoporosis; a missed positive test for chlamydia (where the patient subsequently developed pelvic inflammatory disease); missed cancer diagnoses; and death.

The systems used to manage follow-up of test results included paper-based and electronic systems and hybrids of both types.

“An electronic test management and discharge summary system which provided secure access for health professionals, both in hospital and in the community, could facilitate the follow-up of test results pending at discharge,” the authors said.

Dr Haikerwal said that, currently in Australia, electronic information from private laboratories was sent to GPs, but the missing links were hospital diagnoses and “results that we cannot get access to”.

“Hospitals talk about funding and other things and say they haven’t the facilities to do it but they can do it. They can send a bloody fax so why can’t they do it? They just need to press a button to send electronically.”

Dr Haikerwal said e-health records could be useful, but only as tools to support good practice.

He said that with electronic systems a balance had to be struck between what was possible with what was safe, acceptable to patients and achievable by health professionals.

However, he said it was still important for the hospital to ring the patient and the doctor and remind them about follow-up.

Dr Haikerwal said patients could leave hospital without knowing who to ring for results and results were not automatically sent to the GP.

“Improving business practice will help, and e-health is part of that,” he said. “But saying we will have an e-health record which is going to save the world — that ain’t going to happen.”

Dr Michael Smith, senior medical advisor to the Australian Commission on Safety and Quality in Health Care, said the Commission was working on a number of areas relating to safer handover of clinical care between practising clinicians.

It was also supporting the development of structured electronic requesting and reporting of laboratory tests in health care-associated infections.

“The specific question of clinician follow-up of test results in radiology and pathology is, however, not part of the current work plan of the Commission,” he said.

The authors of the paper said the World Alliance for Patient Safety recently identified poor test follow-up as one of the major processes contributing to unsafe patient care, increasing the risk of missed or delayed diagnoses, with potential medicolegal implications.

Ms Georgie Haysom, solicitor with Avant Law, said failing to follow up test results performed in hospital could have devastating consequences for patients, leaving both the hospital and the doctor who ordered them vulnerable to a claim or complaint.

8 thoughts on “Discharge summaries in a “black hole””