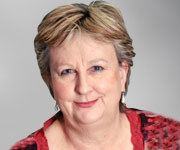 WHEN adverse events happen in medicine, medical practitioners have traditionally been advised not to apologise.

The reason given for this was concern that an apology might amount to an admission, which might make a doctor liable and their insurance policy void. However, in Australia these propositions do not appear to be true. In fact, apologies have an important role in civil society.

There have been Australian cases involving the law of negligence (the main way doctors are sued for personal injury) that have made it clear that the fact somebody has said it is their fault does not mean they are automatically liable for an injury.

All Australian jurisdictions since 2002 have passed legislation which prevents an apology from being deemed an admission, from being admitted into court and from determining liability. The aim of this legislation was to reduce litigation by protecting apologies.

The difficulty for medical practitioners — and for the open disclosure process — is that the acts don’t all define apology in the same way. NSW, the ACT and Queensland define an apology as including an acknowledgement of fault (I call this a “full apology”).

The other states and the NT do not. They define the apology that is protected by law as merely an expression of regret (“partial apology”).

This is a big problem for three reasons. One is that the research shows that most people regard an apology as real only if it includes an acknowledgement of fault.

There is also evidence that when someone says to another person “I’m sorry your leg came off” in circumstances where they have in some way caused the wrong leg to be amputated, the injured person is likely to be even angrier than if there had been no apology. This applies especially in cases where the injury is severe.

The second reason is that in a country where businesses (including insurance companies) and projects such as open disclosure are national, the fact that there are differences across the states and territories causes unnecessary confusion. And unfortunately in most cases, for the sake of uniformity, advice will be based on the lowest common denominator.

In the case of apologies, the lowest common denominator is the partial apology. So, even though a medical practitioner working in NSW, for example, is in a jurisdiction where a full apology is protected, he or she is likely to be told by open disclosure trainers to give only a partial one.

The third problem is that for medical practitioners this advice makes apologising even more difficult — to be told there are strict parameters about how to apologise makes it even harder to do so sincerely.

This is all the more disappointing because there are several hospitals in the US and Australia that have moved to a system of full disclosure — including acknowledgement of responsibility for harm — which have found their litigation bills declining.

This does not mean that nobody sues. In some cases, particularly in the US and in some other countries where social security payments are low, a badly injured person may need to sue in order to get sufficient money to survive.

It seems that patients who have been subject to adverse events and subsequently given full apologies are far more likely to either not sue or to settle their cases before trial. Settling a case greatly reduces costs — and makes it far more likely that less of the money will go into the lawyer’s pocket and more into the patient’s.

So, if a heartfelt apology means a patient feels less aggrieved and can result in lower legal costs, why is sorry the hardest word?

Professor Prue Vines is a professor in the faculty of law at the University of NSW. Her professorial lecture on apologising for personal injury can be viewed online.