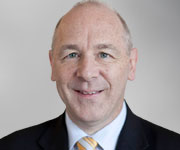 WOMEN are generally known to be big users of complementary and alternative medicine, but to what extent do men with cancer use these therapies?

In Australia, one study found that up to 65% of cancer patients use CAM, but the majority of patients studied had breast cancer. When men with prostate cancer from Europe and the USA have been surveyed, CAM use is much lower, peaking at 40%.

A recent study in which I was involved threw some more light on CAM use in male cancer patients.

We surveyed 403 men receiving chemotherapy and/or radiotherapy for a variety of cancers in two public and two private outpatient clinics in SA.

The most common cancers in these men were haematological, prostate, bowel and lung. Just over 81% of them had heard of using CAM to complement their cancer treatment, 62% had used CAM, and 53% were currently using it — higher levels of use than their international counterparts.

Predictors of CAM use included having metastatic rather than local disease, tertiary education compared to primary school level, and active practise of religion. The latter was probably the case because prayer was included as a complementary therapy.

Higher socioeconomic status has been found to be a factor in CAM usage, but in this study it correlated with a higher educational level.

Despite CAM being a widely used term, it really encompasses two different uses for these therapies. Most commonly they are used to complement standard treatment rather than being adopted as an alternative to conventional therapies.

The most popular therapies in our study were dietary supplements with herbs and plants, relaxation and meditation, and prayer. One theory on the reason why patients use CAM is that they are either dissatisfied with their conventional medical treatment or attracted to the rationale for a particular alternative therapy.

Most worrying in our study is that only 9.9% of patients were actually referred by their specialist to use CAM. The main non-medical sources of information about CAM come from family then friends, the media, including the internet, and other patients.

Conventional specialists should be aware that more than half their patients use CAM. Doctors need to create an environment where patients can talk about their use of CAM without the fear of disapproval, if for no other reason than complementary therapies may have serious drug interactions with conventional therapies.

The doctor does not have to condone the use of CAM — and there are other positive outcomes from such discussions.

Patients may reveal dissatisfaction with their conventional treatment or gaps in their understanding of their disease. Men may reveal opportunities to better support their social and emotional concerns.

Opportunities can arise to talk about both the risks and benefits of treatments and what evidence is used to select a treatment. This can highlight the difference between scientific evidence for conventional treatments and testimonials and anecdotes to support the use of alternative therapy.

Patients may seek guidance about alternative therapies and medical practitioners are best placed to provide this. Therefore, doctors need to be educated about CAM and become familiar with websites which carry information about the wide range of therapies on offer. Cancer Council Australia is a good starting point.

More research is needed into the mechanism of CAM, and trials of popular therapies should be performed to evaluate efficacy so beneficial treatments may more readily be integrated into holistic care.

10 thoughts on “Ian Olver: Alternatives a fact in cancer”