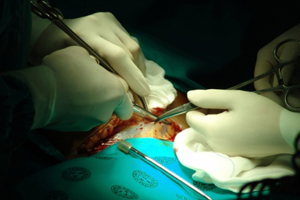 AUSTRALIAN experts say the risks of surgery for obese people are often overstated, with new research showing that postsurgery mortality rates are much higher among low-to-normal weight patients than among the obese.

A large study, published in the Archives of Surgery, found that a low body mass index (BMI), not a high one, was the biggest predictor of mortality within 30 days of major surgery. Patients with a BMI of less than 23.1 had a 40% higher risk of death than overweight patients with a BMI of between 26.3 and 29.7. (1)

Associate Professor John Dixon, an obesity researcher at the Baker IDI Heart and Diabetes Institute and head of the Obesity Research Unit in the department of general practice at Monash University, said the results came as no surprise to him.

“It’s exactly as we’d expect. People have been saying surgery is highly risky for obese people for a long time and we’ve been trying to tell them it’s not”, he said.

“We’re not saying obese people aren’t at risk of premature death — they are. But when it comes to putting them through a surgical procedure, there just aren’t those horrendous risks people talk about. We’ve got to be careful that we don’t discriminate against obese people because of perceived risk.”

Professor Paul O’Brien, head of the Centre for Bariatric Surgery at Monash University, said, contrary to popular opinion, obese people tended to be quite fit, due to the amount of extra weight they had to carry.

“Obesity is a health risk in the medium term — their bodies will wear out, but this study is telling us that maybe we shouldn’t overstate the immediate, short-term risk”, he said.

Professor O’Brien said the study did not necessarily show that underweight people in general were at higher risk of death.

“This doesn’t imply that being relatively thin or normal is bad, but that unintentional weight loss is a sign of illness. In the lower weight group, those who lost weight recently would be suffering from protein malnutrition which is associated with postoperative mortality”, he said.

However, an analysis of individual types of procedures in the study did show that obesity was related to a higher risk of mortality after certain procedures, including colorectal resection, colostomy formation, cholecystectomy, hernia repair, mastectomy and wound debridement.

Another study by Australian researchers has found that obesity did not adversely affect patients’ emergency department experience, assistance required or length of stay.

The study of 700 patients attending a Melbourne hospital emergency department found that obese patients had a lower mortality rate than non-obese patients, but they were also significantly younger: on average 63 years old compared to 70 years old for the non-obese.

The author of the study, Professor David Taylor, director of emergency and general medicine research at the Austin Hospital in Melbourne, presented the research last week at the annual scientific meeting of the Australasian College for Emergency Medicine held in Sydney. He said previous research showed obese patients did place extra pressure on emergency department staff, but this study showed this did not affect the patient experience.

“With this study we looked at things from the patient perspective. We thought maybe they were suffering in the emergency department from increased waiting time and overinvestigations, and generally what we thought might be happening, wasn’t.”