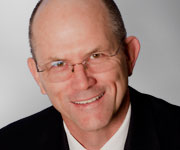 THE release of the AMA Public Hospital Report Card 2011 sparked yet another round of debate about the state of public hospitals around the country. This is a good thing. It leads to action.

Our report shows that, despite increased funding from the federal government, hospitals in every state and territory are not meeting existing targets for access to emergency departments and elective surgery, let alone the more ambitious targets set by the Council of Australian Governments (COAG) for the years ahead.

Our report card was based on the most up-to-date publicly available statistics — plus feedback from doctors working at the front line of care in public hospitals — which show that hospitals do not have the capacity to meet the demands of an ageing population.

The critical response from Health Minister Nicola Roxon was largely based on information not yet in the public domain, a point she later conceded. The Minister claims the new data, to be released soon, will show improvements across the board.

I hope she is right. Our report is a yearly snapshot, at a point in time in the recent past, which shows the reforms have not yet kicked in.

The AMA accepts the responsibility, on behalf of patients and the community, to report on the shortfalls we find and suggest how to make things better — and here are a few suggestions.

We need more hospital beds. In 2009–10, only 378 new beds were opened. The AMA and former Prime Minister Kevin Rudd agree that around 10 times that number is needed.

Hospitals must run at 85% bed occupancy. This allows flexibility for surge capacity and will allow proper training environments for our medical students and junior doctors.

We also need whole-of-hospital reform. To fix access block, we can’t just focus on the emergency department in isolation. We need to look at ward transfer policies both from emergency and into the community.

The COAG agreement will go some way towards achieving this. The states and territories, as managers of the public hospitals, have to be responsible and accountable — and honest with the numbers they are reporting.

The new Independent Hospital Pricing Authority should help to promote that transparency.

Public hospital management must also become closer to the action and be well informed by the doctors and the nurses who provide the care.

When clinicians are involved directly in management decisions that affect patients and system redesign, there is a greater chance that vital resources and every new health dollar will reach the patients who need them.

Our public hospitals are still very good by world standards. If you are going to get sick or injured, Australia is still the place to be.

But we can, and must, do better.

Dr Steve Hambleton is the president of the AMA.