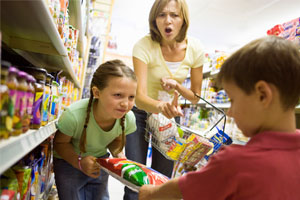 INVESTMENT in earlier and non-pharmacological interventions for children with disruptive behavioural disorders is urgently needed, according to child mental health experts.

Researchers from the Queensland Centre for Mental Health Research reviewed the evidence for risperidone in treating disruptive behavioural disorders (DBDs) such as conduct disorder and oppositional defiance disorder. They found that although risperidone was effective, side effects such as weight gain and somnolence were common. (1)

Risperidone has been approved for use in children over 5 years of age with disruptive behavioural disorders and sub-average intellectual functioning since 2006.

The researchers identified seven randomised controlled trials, but these included a total of only 657 children and six of the trials lasted 10 weeks or less, despite the often persistent nature of DBDs.

“I was surprised by the weakness of the evidence”, Dr James Scott, a coauthor of the paper and a child and adolescent psychiatrist at the University of Queensland Centre for Clinical Research, told MJA InSight.

“It has made me more careful about how I inform parents and patients about what we know and what we don’t know about this medication.”

Dr Scott said that risperidone prescriptions for children aged 14 years and under in Australia had increased by 25% from 2002 to 2007 according to unpublished research he recently conducted. However, this increase started from a very low base (0.12 defined daily doses per 1000 children).

In a coauthored Comment article in this week’s MJA InSight, Dr Scott called for urgent investment in non-pharmacological treatments, such as parent-training interventions. (2)

He said although non-pharmacological treatments, such as the positive parenting or home nurse visits programs used in the US, may involve higher up-front costs, economic modelling had shown that they were good value in the long-term.

“We know that disruptive behaviours are common in Australia and cause a lot of difficulties, and we know that at least a proportion of those are preventable. But it takes some desire on the part of the government to do something about it”, he said.

He said more than 35 children with behavioural problems, often with comorbid development disorders, had been waiting all year for treatment at the psychology clinic at Murdoch.

“If you extrapolate that across Australia, there is a large unmet demand from families who are struggling to cope with these very severe behavioural problems”, Mr Gardiner said.

He also called for increased investment in training allied health professionals to manage children with developmental disorders and behavioural problems, adding that allied health lagged behind paediatricians in this area.

Many of his medical colleagues were reluctant to prescribe risperidone, but were sometimes under pressure from families desperate for a solution and with few other options, he said.

However, the antipsychotic drug was useful in some situations, such as for short-term use during crisis periods.

“It often gives families a little window of opportunity to put some other initiatives in place.”

Professor Bruce Tonge, head of the Centre for Developmental Psychiatry and Psychology at Monash Medical Centre, said risperidone could be useful in managing very severe disruptive behaviours, including self-injury such as self-biting or self-hitting.

“Wherever possible, we try to find a non-pharmacological intervention for these behaviours. Medication is not the first choice, or even the second choice, but we may have to use it, and there is evidence that it can help”, he said.