Aniello Iannuzzi: Not sold on salaries 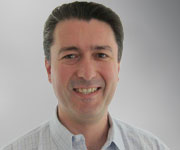 SHOULD more doctors be salaried? It seems to have become an age-old debate in the medical profession.

Recently, the MJA featured “opposing views” for and against salaried doctors.

Every time I read or hear this debate it is a procedural specialist pitted against a hospital staff specialist. Surely this is something bigger than operating theatre lists and teaching hospitals?

As a rural generalist, I see things from the outside (as a referring GP) and inside (as a hospital doctor). And as a training supervisor, it is a discussion I have with all prospective GP registrars, who have the choice of working under either formula.

I predict that employed GPs of the future are more likely to take up salaried positions as GP funding becomes less service based.

The job of apportioning blended payments from Medicare, universities and other bodies in general practice is becoming increasingly complicated. For instance, the Practice Incentives Program (PIP) is currently made up of 13 components which have to be divided up among all the doctors in a practice ― a herculean task.

For those not familiar with working in general practice, it goes something like this: “How much of the Pap smear PIP do I give Dr Felicity Jones? She did 17 of 43 smears in this quarter’s payment, but she only works 0.3 full-time equivalents”.

Now, multiply that by 13 incentives, and then by the number of doctors in the practice — and this is just the PIP! Some of these incentives may be worth only a few dollars, while others may be worth tens of thousands of dollars.

And how on earth does Dr Jones verify that she has been paid correctly?

With the advent of Medicare Locals, and all the fundholding, capping and blending that will go with it, GPs will become so bamboozled that salaried positions may be the only way to avoid financial paranoia, tax audits and breakdowns in employer‒employee relations.

So what will be the impact of this evolving new world on general practice if most GPs are on salaries?

In the MJA debate, fee-for-service doctors were depicted as merchants peddling their wares while salaried doctors were able to spend more time with their patients, rather than churning them through.

The problem with this argument is that GPs are not standing at their front door looking for patients to “churn”. I don’t know of any decent doctor — in any craft group — who doesn’t have a waiting room full of patients seeking care.

We work long hours, seeing patients because they need to be seen, not because we want to see as many as possible in one day.

You only have to look at what has happened as more specialist services convert to salaried positions. Appointments are harder to make, letters take longer to come back, “criteria for referrals” are invented, and referral letters are requested before an appointment is confirmed to “ensure” the specialist is “happy” to see the patient at all.

The only reason why the system doesn’t collapse is because GPs are in the community triaging, treating and reassuring while patients wait for the specialist.

In the meantime, waiting lists still blow out, patients and referring doctors get more frustrated and the “outcomes” that the occupants of the ivory towers demand get harder to achieve.

This debate is about more than just doctors’ incomes and the “quality” of a consult. It is just as much about access, workforce distribution, rationing of hospital services and discrimination.

So far, these inefficiencies and anomalies have only been a feature of the hospital specialties.

Thankfully, general practice has been spared, but for how much longer?

3 thoughts on “Aniello Iannuzzi: Not sold on salaries”