Julian Savulescu: Beliefs can do harm 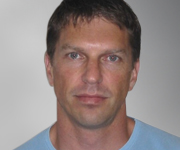 CONSCIENTIOUS objection by doctors, as is commonly practised, is discriminatory medicine. Only a fully justified and publicly accepted set of objective values results in ethical medicine as a proper public service with agreed and justified moral and legal standards to which doctors should be held.

Imagine that a doctor refused to examine a patient of the opposite sex on religious grounds. This is treating the patient unequally and unfairly on morally irrelevant grounds. It is sexism and therefore wrong, regardless of the doctor’s religious practice.

Australian society does not and should not tolerate sexism, even if it is institutionalised by other countries or religions, or is part of the doctor’s values. Similarly, if a doctor refuses to treat a patient because they are black, or Jewish, or gay, or drunk, it is discrimination, even if conscientious discrimination.

Yet some of the doctors of the future believe they are entitled to refuse to examine patients because they are of the opposite sex or drunk.

Respect for current conscientious objection is grounded in a dangerous moral relativism: that morality and moral rightness are culture-specific, or equate to individuals’ own values and desires. This is false.

Female infibulation is wrong, even in those countries and cultures that condone it. We must stand up for a non-relative morality and an objective account of interests.

Freedom to practise religion does not imply freedom to impose religious values on others in a secular liberal society. The same applies to secular moral values.

The place to decide what kinds of values should govern public institutions and practices is in a public forum, not by the bedside. For instance, a secular doctor might believe that people with advanced dementia or brain damage, who no longer recognise themselves or others, are not persons. She might believe it is right to kill such non-persons.

However, this moral belief is not widely shared by the community at this point in time. Even though the doctor strongly believes it is morally justified, she should not kill or support the killing of specific individuals with advanced dementia but, instead, argue for legal reform in a public forum.

Similarly, one can, on the objective principle of distributive justice, deny further care to patients who are wasting limited medical resources through non-compliance or recalcitrance, but not because the patient offends the treating doctor’s individual values.

The place of conscience is in dialogue with patients. Doctors argue for what they believe is right and engage patients in moral dialogue. This is what I call “rational non-interventional paternalism” or liberal rationalism. But in a liberal society that respects personal freedom, doctors should ultimately offer what are just, legal medical procedures.

Conscientious objection will become more common because of increasing societal pluralism and treatments becoming more morally contentious. Such objection may be justified.

For example, drugs developed by the use of slave labour or by the maltreatment of children in developing countries should not be used, even if licensed. Doctors should refuse to perform female genital mutilation.

What distinguishes these justified objections from current refusal to perform abortions or deliver contraception?

Justified conscientious objection is an objection to harming people. But harm and benefit are not in the eye of the beholder — they are grounded in a robust, morally justified concept of best interests and of moral status.

Doctors should conscientiously object to female circumcision for this reason. But current conscientious objection is not morally justified because it is not grounded in a justified and agreed conception of interests.

As a result, these forms of unjustified conscientious objection harm patients.

Professor Julian Savulescu is director of the Uehiro Centre for Practical Ethics, faculty of philosophy, University of Oxford, UK.

This ‘Opposing Views’ article appears in the MJA. It is reproduced with permission of the MJA. Please click here to read the opposing view by Dr Brian Conway.

11 thoughts on “Julian Savulescu: Beliefs can do harm”