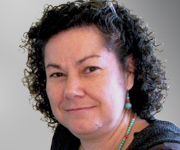 WESTERN society’s view of doctors has changed substantially in the past few decades. What might previously have been regarded as special expertise and judgement is now seen as arrogance and paternalism.

As more of the general population has access to education about their health, it is only appropriate that orthodox medicine should adapt by providing more information, expressing uncertainty where it exists, and involving the patient in their care decisions. There is no doubt that this happens more than ever — and rightfully so.

Paradoxically, however, as orthodox medicine has become less paternalistic and increasingly based on evidence, more people are turning to practitioners who offer certainty in the guise of choice and empowerment.

At its worst, the outcomes of this “empowerment” can be devastating, as was the case in WA, when a woman was “influenced by misinformation and bad science” and refused orthodox medical treatment. The WA coroner was reported as saying that if the woman had not spent a year seeking the advice of a naturopath rather than seeing a doctor, she may have survived.

Maybe this case is an example of that fact that, while culturally we have turned away from “elitism” and moved towards the concepts of autonomy and choice, something in our humanity still seeks reassurance and certainty.

Perhaps some part of our lives as responsible adults longs for the security of childhood. How else can we readily accept the idea that modern life is full of dangerous toxins and stresses when longevity and health outcomes are better than ever?

Consider, then, the allure of the practitioner who allows you plenty of time (for a fee), validates your sense of autonomy, allows you to feel a general sense of dissatisfaction with the world and offers a solution — a very tempting solution based on time-honoured traditions with low risk of adverse effects.

If the therapy doesn’t work, there are usually simple reasons — you didn’t have the right attitude, you didn’t follow the instructions correctly. Again, the satisfying illusion of it being your choice and you being in control.

However, having gained your confidence, would this practitioner tell you frankly that they just “don’t know” why you are ill or why the therapy didn’t work? Or that there is a chance that your problem is too complex for them to resolve and you might need another opinion?

Would they go through the evidence with you, explaining what their diagnosis and treatment is based on? Would they ever consider that in reality you are doing just fine, and don’t need to see them again? Or would they just rely on you trusting them and their decisions?

A bit paternalistic, don’t you think?