Peter Gonski: The pros and cons of retirement 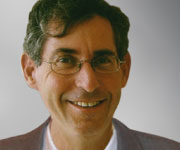 THERE is a lot of interest worldwide about whether health factors improve or deteriorate after retirement.

And for good reason — as populations age there will be massive increases in the pressure on health services and the economy.

Studies have shown mixed outcomes with regard to the benefits of retirement.

Evidence from a recent study could provide a case for people to retire at a younger rather than an older age, the latter being a phenomenon that has arisen in countries like Australia.

The French GAZEL occupational cohort study is a prospective, longitudinal study which looked at measures such as respiratory, cardiac and cerebrovascular diseases, diabetes, fatigue and mental health issues 7 years before and after retirement. The cohort worked at the French national gas and electricity company.

One of the outcomes of the study was that after retirement there was a decrease in mental and physical fatigue and depression.

The prevalence of other medical disorders was unrelated to retirement but, not surprisingly, increased with age.

The strength of this study was its longitudinal design and the fact that it excluded workers who retired because of health issues.

A previous study, also longitudinal, showed a similar finding but the methodology was different as it compared different cohorts — workers versus retirees.

Although it is not surprising that fatigue and anxiety are reduced after the pressure of work is curtailed, depression after retirement is common and can be very serious in older adults, especially males.

There are a number of factors responsible for this, which may not only be related to retirement per se, including deteriorating physical health and function, bereavements, loss of independence and the need to change accommodation.

The GAZEL study shines new light on the age of retirement in the population studied, but does it predict the effect on other occupations, such as the medical profession?

Medical professionals are often successful, highly motivated individuals who have very busy and directed lives, with many who work into their 70s and even 80s.

As much as fatigue and anxiety are likely to improve with a reduction or curtailment of work hours, some doctors who retire may experience depression.

This in turn can have an effect on physical health.

Retirement, if not planned, can be seen as a loss and sometimes a failure, particularly if there is an attempt to fill life with new ventures that are not really of much interest to the individual.

Failure is not something many doctors are used to.

To overcome possible changes in health and depression at the time of retirement there is evidence that “bridge employment” should be considered.

The evidence showed working less in a similar or different occupation has better health outcomes and less functional impairment than full-time retirement.

One of the problems with early-age retirement is that it will have an impact on an individual’s financial independence.

Then there is the problem of earlier retirement of doctors putting a massive strain on the medical workforce, which is significantly ageing.

Overall, it seems difficult to extrapolate the results of these studies to a very different cohort such as doctors.

However, one thing that does seem apparent is that to support our ageing medical workforce, we need to actively reduce work issues that lead to increased anxiety and workload.

One thought on “Peter Gonski: The pros and cons of retirement”