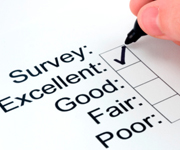 BEST practice guidelines to help Australia’s medical schools tackle conflict of interest issues with the pharmaceutical industry may be drawn up following a review calling for improved self-regulation.

Professor James Angus, president of the Medical Deans Australia and New Zealand (the peak body representing medical education in the two countries), said he would address the issue at the next executive meeting of deans later this month.

He was commenting on the results of a survey of 20 Australian medical schools, which assessed their policies regarding disclosure and management of conflict of interest with the pharmaceutical industry, published in the latest MJA.(1)

Of the 20 Australian medical schools surveyed, five had two or more policies in development. Three university medical schools (Melbourne, NSW and Wollongong) did not have policies across any of the seven domains but were in the process of developing them.

Nine medical schools were graded D, and five were graded F, with three of those (Deakin in Melbourne, Adelaide and Notre Dame in Sydney) failing to provide any information.

No medical school attained an A or a B grading and the highest overall score was 67% for James Cook University’s medical school, graded C.

“Medical schools should continue to recognise their influential position in society, and be aware that their financial relationship with industry is an area in which they should demonstrate leadership in the quest towards the highest possible ethical standards in medical education and research,” the authors said.

They warned that failure to develop policies could lead to the imposition of legislative controls governing disclosure and management of conflicts of interest.

Professor Angus, dean of medicine at the University of Melbourne, said his medical school had relied on the clinical deans and heads of clinical departments to be custodians of a self-regulating best practice model.

“We need to ensure the balance is right on how staff and students engage with the industry and I am strongly of the view that we must set guidelines, as this paper [proposes],” he said.

Last year his faculty executive agreed to develop a policy framework, which would be completed by the end of this year and cover all health professional courses, students and staff, Professor Angus said.

Professor Peter Smith, dean of medicine at the University of NSW, said although it was true that UNSW was “in process” of developing policy in 2009, they now had policies that covered the domains.

Coauthor of the study Professor Martin Tattersall, professor of medicine at the University of Sydney, said he suspected there would be some reform and further attention to policies as a result of publication of the study.

“And that is very important from the perspective of training the next generation of doctors,” he said.

However, the current generation of doctors employed in universities, hospitals, public health departments and elsewhere also needed to be much more transparent to their employers and patients about their conflicts of interest, Professor Tattersall said.

“I think the current environment is probably doing medicine and the medical profession a fair amount of harm,” he said.

Pharma Phacts, a medical student group committed to raising awareness about pharmaceutical companies, said the study was a serious wake-up call for some of Australia’s medical schools.

James Ricciardone and Dave Carmody, speaking on behalf of the group, said surveys showed most students wanted less influence by pharmaceutical companies on their education, and more instruction about the issue.