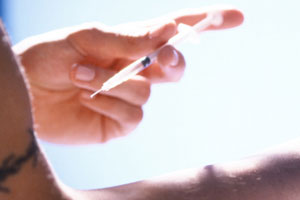 PUBLISHED research linking CSL’s influenza vaccine to high rates of fever in children was omitted from the product information for its 2010 Fluvax product, which caused serious adverse reactions in children.

However, the PI omitted data from the 2006 season which showed that the rate of fever had increased considerably — to 39.5% in the younger age group and 27% in the older group. Of the 272 children who received the 2006 vaccine, one child in the older group experienced a febrile convulsion.

This research was conducted in Australia in the 2005 and 2006 flu seasons and was published online by a peer-reviewed journal in October 2009 before publication of the PI, although CSL did not give this data to the TGA before 2010. (1)

Professor Peter Collignon, professor of infectious diseases at the Australian National University, said the fact this data wasn’t included in the PI was “a real worry”.

“It strikes me that the product information ought to reflect the latest data, particularly when the data show an increase in side effects compared with previous studies”, Professor Collignon said in an article published rapid online by the MJA today. (2)

Professor Collignon said that the Therapeutic Goods Administration (TGA) should routinely require that the most up-to-date research was included in PIs.

CSL did not include the published data in the PI because the increase in fevers seen in 2006 was not deemed “clinically substantial” at the time.

“The fevers did go up in total, but they were mostly mild or moderate; there wasn’t a significant increase in severe fever”, said Dr Darryl Maher, medical and research director at CSL Biotherapies.

“By my calculations, if more than one child in 1000 has a febrile seizure, the vaccine is doing more harm than good”.

After Fluvax was linked to the febrile seizures in 2010, CSL re-examined its clinical research including the data from 2006 and now acknowledges that, in retrospect, there were some warning signs.

“In retrospect, having had the events of last year and the results of [subsequent research] when you look back on that data you think, well, maybe that was telling us something”, Dr Maher said.

CSL is planning to add the data from the 2006 season to next year’s PI. However, it was not included in the PI for 2011 Fluvax, although this PI did include a warning that the product was not indicated for children under 5 years.

Investigations are ongoing as to the cause of the febrile reactions seen in 2010.

“Perhaps the way we make the vaccine is more inclined to cause fever in children, and maybe last year’s strain combination then tipped them over the edge and led to severe fevers and febrile convulsions. That’s our current thinking”, Dr Maher said.