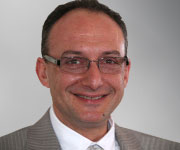 IS addiction a disease, a behavioural disorder, a moral failing or something else again?

If it is a disease, it should be treated as such by doctors, other health professionals and the community. If not, individuals should be encouraged to sort themselves out in other ways, or even be imprisoned according to some.

All these approaches have been adopted in various parts of the world with varying results. What do the experts think?

The American Society of Addiction Medicine (ASAM) grappled with this problem for 5 years before releasing its new definition of addiction, which has stimulated interest from around the world with commentaries in The Lancet, Time and elsewhere.

ASAM proposes that addiction is a primary, chronic disease of brain reward, motivation, memory and related circuitry. It is a chronic relapsing and remitting disorder that manifests in continuing use of substances or alcohol despite accumulating harm to the individual and to others.

Behavioural addictions such as disordered gambling are now included within this definition. A bio-psycho-socio-spiritual model is proposed, recognising the breadth of influences on drug-using behaviour beyond the direct effect of a substance or a behaviour on brain reward centres.

Addiction neuroscience has made many advances that support this “disease” concept. Addictive substances affect the reward structures of the brain in both experimental animal models and humans, such that motivational hierarchies are altered and addictive behaviours supplant healthy self-care-related behaviours.

The frontal cortex of the brain and underlying white matter connections between the frontal cortex and circuits of reward, motivation and memory are fundamental in the altered impulse control, judgement and dysfunctional pursuit of rewards seen in addiction.

This addiction disease concept facilitates a medical approach to management, including the need for quality evidence to support clinical interventions and it encourages engagement of medical professionals in this field.

Acceptance of the disease model can also reduce the stigma of the disorders. Specific neurobiological abnormalities have been identified such as certain dopamine receptors in the reward system and these are targets for therapeutic intervention.

However, the limitations of the disease concept are many. Neither the destigmatisation of patients nor the foreshadowed specific treatments have yet emerged. Patients who believe they are biologically “destined” to suffer from addiction may lose hope and abandon efforts to regain control over their lifestyle.

The antecedents of substance abuse include disadvantage and abuse in early life and the level of use is related to price, availability and local culture, all of which require broad social policy responses over and above treatment of individuals with established addictions.

The most effective approaches to address alcohol- and tobacco-related harms have come from a range of public health approaches such as limiting access via restricted licensing of distribution and establishing a minimum legal age of consumption and raising the price via taxation.

The addiction disease concept usefully describes the more severely affected people who are typically disabled by their disorder. For these individuals, there are moderately effective evidence-based treatments.

Given the psychosocial influences on drug use behaviour, it remains arguable that the biological approach will ever yield the highly effective treatments that our patients need.

Professor Paul Haber is the medical director of drug health services at Royal Prince Alfred Hospital and the discipline of addiction medicine at the University of Sydney.