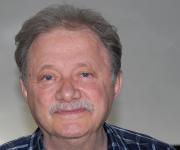 Fed by a seemingly voracious media, understandably focusing on the tragic human stories involved, any rational debate about responsibility, either personal or systemic, proves elusive.

The essence of this phenomenon is exemplified by the Bristol Royal Infirmary scandal in the 1980s, concerning the excessive number of deaths in the infirmary’s paediatric cardiac surgery unit. Significantly, it took a junior anaesthetist to leak the story to the media.

The public outrage following this revelation was so intense that the then editor of the BMJ, in describing its effect on British medicine evoked W B Yeats’ famous phrase: “All changed, changed utterly”.

Australian hospitals have also had their fair share of public scandals, such as that which ensnared Perth’s King Edward Memorial Hospital in 1999 when its CEO revealed an ongoing concern about suboptimal clinical performance.

Other hospitals caught in the glare of the public spotlight included Canberra Hospital in 2000, where the whistleblower was a doctor troubled by suboptimal neurosurgery outcomes, and Campbelltown and Camden hospitals in 2002, when nurses publicly highlighted what they believed to be poor clinical performance and governance.

In December 2003, public confidence in NSW hospitals was severely shaken by the release of the Health Care Complaints Commission (HCCC) report on the problems in these hospitals, collectively dubbed the “Cam affair”.

Whistleblower nurses had complained of an absence of due diligence, disregard for maintaining the highest clinical standards and an indifferent administration. Interestingly, and perhaps understandably, many professionals swept up in the media frenzy vigorously challenged the accuracy of these allegations.

However, the HCCC report detailed a raft of symptoms of a sick hospital and administration system and outlined its plan to rid the health service of this sickness.

Before the HCCC inquiry the hospitals had been urgently reviewed in 2003 by a team led by Professor Bruce Barraclough, director of the NSW Institute for Clinical Excellence. The review made a number of recommendations that were discussed in the MJA at the time.

In 2005, Australians were alerted to yet another scandal, this time at Bundaberg Hospital in Queensland when distressed nurses took their concerns to the media. They raised the spectre of appalling surgical outcomes resulting from the appointment of an inexperienced surgeon and inadequate clinical governance.

In 2007, it was the turn of the Royal North Shore Hospital in Sydney, which was the subject of a media lashing for allegedly providing a third-world experience in the hospital’s emergency department, and its disastrous inpatient management of young girl with head injuries, who died from the depressant effects of inappropriately administered opiate medications.

Both scandals precipitated a special commission of inquiry headed by Peter Garling SC.

More recently, another hospital scandal has surfaced in Sydney.

All these scandals have individually precipitated multiple, extensive and repeated inquiries and copious reports with innumerable recommendations. Such bureaucratic responses have become blueprints for how governments deal with hospital crises.

It would be reasonable to believe the significant body of accumulated wisdom accruing from crises involving hospital malfunction would surely serve as a collective barrier to further hospital scandals.

But with apologies to Jean-Baptiste Alphonse Karr, it may well a case of “the more things change, the more they stay the same”.

As dire and dispiriting as this observation may be, the fact remains that there continues to be an ongoing mismatch between the community’s insatiable demand for our hospital services and the system’s capacity to meet this demand.

Indeed, it could be said that inadequate funding and raised expectations will always combine to create a potent cocktail, which can only result in a recurrence of the same systemic errors.

Dr Van Der Weyden will be a speaker at a seminar titled “The Campbelltown Hospital crisis — an isolated incident or destined to be repeated?” in Sydney on 25 October as part of the University of Sydney Controversies and Leadership in Health Seminars.