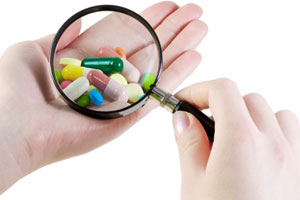 Improve regulation in wake of 'Coke and fries' deal

THE scrapped deal between the Pharmacy Guild and Blackmores highlights the need for improved regulation of Australia’s complementary medicines industry, according to a public health expert.

Under the dumped deal pharmacists would have been prompted by their computer software to recommend specific Blackmores supplements as “companions” to four common classes of prescription medicine. The plan drew widespread media attention after the companion products were described as the ‘Coke and fries’ that pharmacists could offer with prescription medicines.

The deal drew criticism from the AMA, the National Prescribing Service (NPS), the Pharmaceutical Society of Australia and individual doctors and pharmacists, before being abandoned last Wednesday.

Blackmores said it would also remove its Gold Cross endorsement from the four companion products.

Many of the concerns centred on the potential conflicts of interest and the lack of evidence for the companion supplements, as detailed in an evidence review conducted by the NPS.

Dr Ken Harvey, from the school of public health at La Trobe University, said the incident reinforced the need for greater transparency in the way complementary and alternative medicines were regulated.

He said there were a number of evidence-based complementary therapies, some of which were even registered, rather than just listed, on the Australian Register of Therapeutic Goods (ARTG).

“There are research-based complementary products and some that have even gone through the registration process, and that’s something that doctors should know about”, he said.

Unfortunately there was no function on the ARTG website to search for complementary products that were registered rather than listed. Among the registered products it was not possible to determine which had just been ‘grandfathered’ in and which had gone through the proper checks for quality, safety and efficacy, Dr Harvey said.

Dr Harvey called on the Therapeutic Goods Administration to include a specific list of properly evaluated, registered complementary medicines on its website to help consumers and doctors separate the “little bit of wheat from so much chaff”.

Although he was pleased the Pharmacy Guild–Blackmores deal had fallen through, Dr Harvey said he was disappointed with the Guild’s response, which failed to acknowledge the error of the scheme itself.

In a statement, the Pharmacy Guild said: “The mutual decision has been taken in view of the strong level of public concern about the proposal, based on some media reporting of the endorsement which was ill-informed and inflammatory”.

But Dr Harvey said, “it was the deal that was ill-informed. They still don’t seem to quite get it which is a pity”.

The Association of Professional Engineers, Scientists and Managers Australia (APESMA), a professional association which represents pharmacists, also welcomed the decision to scrap the deal, but criticised the Guild’s response.

“The Pharmacy owners Guild has been dragged kicking and screaming to the decision and still will not take responsibility”, said APESMA CEO Chris Walton.