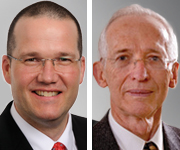 THE recent statement from the Royal College of Pathologists of Australia on prostate specific antigen testing recommends, in effect, that men should be screened annually for prostate cancer from 40 years of age if their serum PSA is above their age-related median at baseline.

In making this recommendation, the College appears to have followed the recommendation the American Urological Association (AUA) made in 2009.

Before making its statement, the College should have been satisfied that men who followed its advice would, on average, derive more benefit than harm. The AUA acknowledged that “it is still not clear that prostate cancer screening results in more benefit than harm” and that “the recommendation to perform PSA testing annually” is not evidence based.

While the evidence base has changed since 2009, there is still no consensus that PSA screening offers net health benefits to either participants or the community as a whole.

The use of PSA to screen for prostate cancer has been advocated for 20 years and the pace of advocacy is increasing. In 2010–11, 20% of Australian men aged 45 to 74 years had a PSA test for reasons other than monitoring diagnosed prostatic disease — effectively, they had screening PSA tests.

What is at stake here? Some 3000 Australian men die from prostate cancer each year, making it the second most common cause of cancer deaths in this group (the most common being lung cancer). It is an important problem.

The enormous annual burden of prostate cancer diagnosis, treatment and associated short- and long-term disability for men should not be allowed to continue without a careful examination of our disorganised national approach to the use of PSA in asymptomatic men.

If we heed the College of Pathologists’ advice, the problems flowing from disorganised, non-evidence-based prostate cancer screening may well be magnified. But while the program remains disorganised, the field is open for any section of medicine to express its view, whether evidence-based or not, on how the program should be organised.

It is time that the Australian Government, the only body with the power to determine what cancer screening tests will be subsidised by Medicare and the circumstances under which they will be done, stepped in and sought to create organisation where there is currently none, as it has done previously for breast, cervical and bowel cancer screening.

No country in the world currently has an organised national screening program for prostate cancer. A coordinated national approach led by the government is needed that avoids a number of organisations with vested interests generating unilateral action outside the principles of population-based screening.

Such an approach acknowledges that the use of PSA will continue. It will also ensure that we can generate the best outcomes for men who, with full information and the advice of their doctors, believe it is in their best interests to have the test.

Professor David Currow is the chief cancer officer and chief executive officer of the Cancer Institute NSW. Professor Bruce Armstrong is with the School of Public Health, University of Sydney.

One thought on “David Currow”