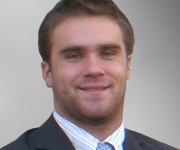 THE second decade of the 21st century presents Australia with a series of challenges and opportunities. A changing demographic, an increasingly globalised world and the rising impact of climate change on health emerge as drivers for change.

In the 1950s, Sir Richard Doll’s life work and research revealed the harmful effects of tobacco smoke on our lungs. Over time, the evidence base developed, but it wasn’t until the 1970s that global prevalence of tobacco use began to seriously decline. A quick look back through the history books reveals it was around that time that the health care profession engaged with the debate and joined with anti-tobacco groups to help protect the public’s health.

Such engagement in health policy and promotion represented a shift in thinking, where health care workers no longer just fought established disease, but actively tackled the upstream determinants of health. It was their ability to effectively communicate to the public that smoking was both harmful and addictive that determined the successes we see today.

Climate change poses a very real threat to Australia’s health, seen in the predicted spread of vector-borne diseases such as malaria and dengue fever, increased frequency and severity of extreme weather events, and a number of indirect affects such as a rise in mental illness.

This presents Australia’s health profession with a call to action to communicate the link between science and policy.

Health adds a powerful moral and economic message to the climate change debate — without bold action on climate change, the impact on Australia’s health will be devastating. And if that’s not enough, consider that mitigation provides a series of co-benefits to health, where many initiatives to benefit the environment are simultaneously good for public health.

In 2009, The Lancet published research highlighting health co-benefits from four key emissions sectors: household energy; urban land transport; low-carbon electricity; and food and agriculture. These co-benefits provide a strong argument for change for both the public and for policymakers, and these arguments are ones the medical profession is best positioned to present.

For instance, if policymakers and city planners demand that our communities be built in a way that encourages the use of bicycles and public transport, we will see improvements in obesity rates and decreases in motor vehicle accidents. Such initiatives will also significantly reduce our environmental impact.

Besides the health and environmental benefits, there is an economic argument for introducing these initiatives. Recent European data shows that the savings from improved population health will offset the costs of climate change mitigation by as much as two-thirds.

National discussion about climate change should be more focused on the opportunity to work towards improved public health, while future-proofing our economies with green markets and protecting our natural environments.

As we did in the 1970s with the anti-tobacco lobby, today the health profession must play an essential role in communicating this message to reframe the debate on climate change.

Nicolas Watts is the global health officer with the Australian Medical Students Association.

This week the MJA features articles looking at the health impacts of climate change.

14 thoughts on “Nicholas Watts: Taking the lead on climate change”