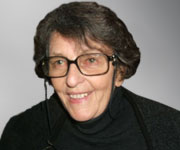 IN the national debate on carbon emissions and climate change many and varied opinions are promulgated — some that fly in the face of science.

Since degradation of the environment is the greatest public health hazard of all, we in the medical profession have a responsibility in this. Although some of our colleagues, such as Doctors for the Environment Australia, have already taken a stand, it would be timely now to see a position statement from the whole profession.

That statement might start by acknowledging that even though we are not climate scientists, our work in medicine gives us an understanding of risk analysis. We make decisions about health and wellbeing by considering the available data — usually this means assessing probabilities or risks rather than certainties.

Not everyone who smokes cigarettes develops lung cancer; not everyone who is overweight develops diabetes. We cannot predict these diseases with certainty, but we can point to overwhelming scientific evidence that to continue smoking or overeating is to heavily stack the odds.

Similarly, with the health and wellbeing of the planet, the weight of scientific evidence suggests that we are stacking the odds against survival if we continue to pollute the environment at the present rate.

We might address the issue of CO2 in medical/physiological terms: that although CO2 is not a pollutant in the sense that both asbestos fibres and the carcinogens in tobacco smoke are — there are no safe levels of exposure to either of those — it is still hazardous, albeit in a different way. Breathing pure CO2 would end life within minutes; it is a question of safe levels.

Water, too, is toxic to human life if not regulated —overhydration and underhydration are both potentially lethal. It is the same with our body temperature — as little as two degrees up or down is sufficient to cause illness and, thereafter, death from heat stroke or from hypothermia. This is also the case with blood pressure, heart rate, blood sugar levels, blood cell counts, and so on — too low or too high, and there is risk of illness and, eventually, death.

These are questions of regulation. In the same way, life as we know it on this planet depends on a narrow set of conditions: regulation of our environment is critical.

It has always been the case that the big public health issues are environmental: clean air and water, food, sanitation and education are utterly fundamental to health and survival. In developing countries diarrhoeal diseases from unclean water continue to kill millions while in developed countries the scourge is respiratory cancers and cardiovascular disease from smoking and obesity.

Vested interests and their powerful lobby groups may tell us differently, but they are driven by short-term profits rather than concern for human survival. Tobacco companies have waged a campaign against the scientific data on cancer since the 1950s, as have asbestos companies.

In developed countries, junk food is promoted despite an obesity epidemic; in developing countries, formula was promoted over breastmilk and this, without clean water or sterilisation procedures, led to malnutrition, infant diarrhoea and death. The multinational multibillion dollar industries involved in such promotions generate their own “science”.

This has occurred in my field, psychiatry, where big business — the pharmaceutical industry — has manipulated scientific data to show that their drugs are beneficial, while suppressing data that show they are not. Medications have been promoted that cause diabetes and premature death with little improvement in mental health. In the face of such bogus science it can be difficult to establish the truth of scientific claims and the consensus of opinion among experts may be critical.

In medicine we cannot defer intervention to await some final truth — in the face of an unacceptable risk to life, action is required and we are generally guided by consensus. So, given the consensus of scientific opinion that warns of the dangers of rising carbon levels and climate change, we in the medical profession regard the risks of inaction as too great and we must urge the community to heed this warning.

Finally, we might clarify that in making a statement on this issue, we are not politically aligned: we support policy that promotes the health and wellbeing of the community and speak out against policy that does not — regardless of the government that proposes it.

Dr Carolyn Quadrio is an associate professor in the School of Psychiatry at the University of NSW.

This week the MJA features articles looking at the health impacts of climate change.

7 thoughts on “Carolyn Quadrio: Let’s stand up for science”