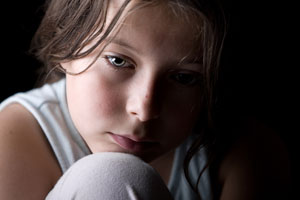 PAEDIATRIC mental health experts are calling for earlier intervention for children who exhibit behavioural and emotional symptoms as new research shows significant risk factors can be identified at an early age.

The study, based on data from the national Longitudinal Study of Australian Children, found that certain parenting styles are risk factors for childhood mental health symptoms. (1)

Relationships between potential risk factors and child mental health outcomes were described in two cohorts, including 5107 children up to 1 year of age at baseline and 4983 children aged 4 to 5 years at baseline.

The children were followed up every 2 years (to ages 4–5 and 8–9 years, respectively for the two cohorts). Mothers of those aged 4–5 years and above completed a strengths and difficulties questionnaire to identify externalising (behavioural) and internalising (emotional) symptoms.

The study authors said the findings suggested that “prevention efforts should focus on parenting interactions and support for families in distress”. “Such programs could begin in infancy and be available throughout childhood for families in need”, they wrote.

Dr John Brennan, associate professor of psychiatry at the University of NSW and head of child and adolescent mental health at Sydney Children’s Hospital, said the study provided strong evidence for identifying and dealing with child mental health problems much earlier than is currently done.

“The government strategy at the moment is probably to target adolescents and upwards but child and adolescent psychiatrists in particular, and child psychologists who work in the area, and researchers, know for a fact that a lot of the problems begin much earlier”, Dr Brennan said.

Aggression and conduct issues could be identified as early as 4 or 5 years of age and could lead to significant problems in adult life, he said.

“The emphasis for the moment has been misguided in the sense that it’s underresourcing the services for children. Even adolescents are, to some extent, being underserviced because a lot of the interventions are still targeting the upper age range in adolescence”.

The interventions highlighted by the study were parenting and family based and “we need to make sure that those services are being delivered”, Dr Brennan said.

The study authors said the study was unique in considering exposure to parenting practices, family stressors and the wider community context from early life to school age.

“In combination, these risks explained up to 30% and 23% of the variations in child externalizing and internalizing symptoms, respectively”, the authors wrote.

“These novel data highlight the importance of early negative parenting interactions, whether authoritarian or overinvolved/protective, in predicting adverse outcomes.”

The authors said an unexpected finding was that maternal alcohol consumption of two or more drinks a day, on average, predicted fewer child mental health symptoms.

This was most likely attributable to chance, the authors said.