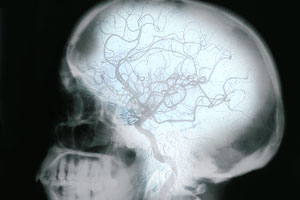 AN Australian neurologist has criticised the early cessation of a US study that found aggressive medical management of patients with intracranial arterial stenosis was superior to medical treatment plus stenting.

Associate Professor Bernard Yan, a neurologist and neurointerventionist from the Melbourne Brain Centre at the Royal Melbourne Hospital, said that the premature closure of the trial meant that it provided limited data.

The US research, published in the New England Journal of Medicine, involved 451 patients with intracranial arterial stenosis who had experienced a transient ischaemic attack or stroke in the 30 days before enrolment. (1)

“The rate of periprocedural stroke after PTAS was higher than expected and the rate of stroke in the medical management group was lower than estimated”, the researchers wrote.

Enrolment for the trial was stopped early because of concerns regarding the safety of PTAS and because futility analyses indicated that there was virtually no chance that a benefit from PTAS would be shown if enrolment continued.

Dr Yan said that by stopping the study early, “all you get is the impression that the intervention may have done harm, but we haven’t got the answer — the sample size is too small”.

“The problem is balancing patient safety against not recruiting patients, but I think the paper would have been better if [they] had bitten the bullet and continued with recruitment”, he said.

Dr Yan said the research also would have been stronger if the researchers had focused on patients with intracranial arterial stenosis who had already failed best medical therapy and had experienced recurrent strokes. At Dr Yan’s institution, it is these patients who are treated with the Wingspan stent system.

The aggressive medical management used in the study was 325 mg/day of aspirin, 75 mg/day of clopidogrel and a lifestyle modification program to manage risk factors, including targeting systolic blood pressure of less than 140 mmHg and low-density lipoprotein cholesterol of less than 70 mg/dL.

Of the 33 strokes that occurred in the PTAS group within 30 days of study enrolment, 25 occurred within 1 day after the procedure.

Dr Yan said the research needed to be considered in the context of rapid technological developments, which meant that newer PTAS devices were likely to be safer than the Wingspan device.

A related editorial in the NEJM said the study showed that aggressive and attentive medical therapy was an effective approach to the prevention of stroke in high-risk populations. (2)

The editorial said the study showed that intracranial revascularisation was more technically challenging than stenting of the extracranial carotid artery.

One thought on “Stroke trial ends too soon”