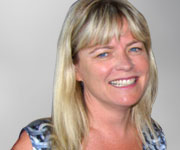 THE revelation in The Lancet that a commercial weight loss program is more effective at helping patients lose weight than a primary care-based intervention is not surprising.

The headline-making claim is based on robust data. Doctors in three countries (including Australia) recruited patients with a body mass index (BMI) between 27 and 35 with at least one risk factor for obesity-related disease.

Weight Watchers International funded the trial but their staff were not aware of clients’ participation in the study and had no role in its design, analysis or reporting. Over 12 months, participants attending Weight Watchers lost an average of 5.06 kg compared with 2.25 kg for those assigned to GP care.

As a former GP, the news that referring patients to a commercial weight loss program is likely to be more effective than managing the problem yourself sounds like a godsend, particularly if someone now decides it is worth funding.

My attempts at weight loss intervention in general practice generally went something like this:

Dr (having dutifully weighed patient and calculated BMI): “Mrs Jones, you know the most important thing you could do for your arthritis, diabetes and high blood pressure is to lose weight. Even a few kilos will make a difference.”

Patient (eyes welling as she struggles to put her shoes back on): “But I’ve tried everything doctor!”

After a graphic description by Mrs Jones of the physiological consequences of her last attempt at eating natural muesli and a distracting story about her neighbour’s anorexic daughter, the conversation moves on to less confronting issues.

At best, this consultation might have led to the provision of some dietary advice, an offer of support and a promise, often unfulfilled, to re-weigh at the next visit — as well as some toe tapping from the patients in the waiting room.

Weight loss is just one of many worthy preventive activities. The Royal Australian College of General Practitioners’s Red Book identifies and gives guidance for numerous evidence-based initiatives in both adults and children. Many of these are now funded by specific “health check” items for GPs, and some flow-on funding for allied health support in some cases.

GPs are also getting better at making the most of team care, mainly in partnership with practice nurses. But much more is needed.

As a GP, I became increasingly overwhelmed by the expectations placed on GPs to deliver preventive care, and the implied blame when preventive activities fail to be effectively delivered.

When I became a medical editor, I went on a mission to remove all unsubstantiated comments about GPs’ incompetence, laziness and general failure to be all-things-to-all-people from the pages of the MJA. It was amazing how many times this old chestnut was dragged out, and neatly lobbed at the besieged family doctor.

At home, I was once banned from watching the TV news for a month for calling a newsreader inappropriate names after a report that GPs’ failure to recognise and manage problem gambling was causing hardship for Australian families. What next, I wondered.

GPs are obviously well placed to identify problems such as weight gain, smoking, alcohol misuse, social disadvantage, threats to mental health and, yes, even problem gambling. But managing some of these problems is beyond the expertise of most GPs. Others, such as weight loss, require a bit more time, longitudinal effort and maybe the added value of ongoing educational peer support.

In the case of entrenched morbid obesity, it is becoming increasingly recognised that multidisciplinary teams, including allied health professionals, specialised medicos and even individual health coaches can be called in to tackle the problem.

A number of reforms, including the proposed team care, needs-based approach of Medicare Locals, are coming our way. We have a new national body, the Australian National Preventive Health Agency, with the aim of overseeing access to all preventive activities, whether they are population based or via individual interactions.

It seems that our collective gaze is finally widening from the GP’s consulting room to encompass the range of organisations and individuals who can assist in the provision of preventive services. GPs should welcome evidence such as that provided by The Lancet study with open arms.

The challenge now is to find a way for doctors to remain central to patients’ health care while sharing it with others.