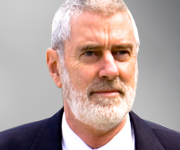 IN March this year my first complaint to authorities about the promotion of diet product SensaSlim set in train a series of extraordinary events that are still being played out.

My complaint was made to three authorities — the Complaint Resolution Panel (CRP), which hears complaints about alleged breaches of the Therapeutic goods advertising code; the Therapeutic Goods Administration (TGA); and the Australian Competition and Consumer Commission (ACCC).

This complaint, and at least seven further complaints from other people, alleged that the promotion of SensaSlim on the internet, TV and in shops breached numerous sections of the advertising code.

In April, SensaSlim issued a claim against me in the NSW Supreme Court alleging my complaint was defamatory and claiming “general and punitive damages for libel in the sum of $800 000”, plus costs.

This action had the effect of stopping the CRP from hearing all complaints about SensaSlim due to a regulation that says: “If, after a complaint has been made to the panel, a proceeding begins in a court about the subject matter of the complaint, the panel cannot deal with the complaint until the proceeding is finally disposed of.”

SensaSlim subsequently sent out a newsletter to its franchisees that stated: “This defamation action, which could be in the courts for a year or two or even longer, basically gives an iron clad protection that nobody can raise a complaint against SensaSlim to the CRP and hurt us.”

The story broke in the media in May on Norman Swan’s Health Report on ABC Radio and the subsequent media coverage has been extensive.

In June, in response to submissions by the ACCC, the Federal Court ordered SensaSlim’s bank account be frozen. In July, that court ordered SensaSlim to publish a notice on their website including a statement that they had been “falsely representing that the SensaSlim Solution was the subject of a large worldwide clinical trial when in fact no such trial was conducted”.

Earlier this month, the NSW Supreme Court agreed to have the case against me struck out and costs awarded. Ironically, this appears to be a pyrrhic victory as the liquidator has said there is no money to award costs — and there are many other claimants.

However, a new defamation claim against me, similar to the first, had been filed in the Queensland Supreme Court by Peter O’Brien, a previous director of SensaSlim, this time for $1.075 million. Hence, round two of this saga has begun.

There are a number of lessons that can be drawn from this saga to date.

First, even if university-trained health professionals — in this case, including SensaSlim’s previous medical director, Dr Matthew Capehorn, and numerous Australian pharmacists — seem to support a product, this does not mean it is not snake oil.

Second, the TGA should have responded to previous calls to look more rigorously at complementary medicines before they are listed on the Australian Register of Therapeutic Goods. This would have saved many people — franchisees, stockists and consumers — from losing large amounts of money on SensaSlim.

Third, on receipt of well-documented complaints, the TGA could have rapidly de-listed this product using the powers it has under the Therapeutic Goods Act: “Registration or listing may be cancelled if the goods do not conform to an applicable advertising requirement”. Perhaps the Pan Pharmaceutical class action made the TGA more cautious about taking such action.

Fourth, regulations that suspend investigation of complaints while litigation plays out in the courts clearly encourage strategic litigation against public participation (SLAPP). These regulations must be repealed. National anti-SLAPP legislation should be introduced to protect whistleblowers.

Fifth, until the penalties for unethical promotion of therapeutic goods are applied in a timely manner, and are greater than the financial returns, some promoters are unlikely to be deterred.

And finally, the case taken against me shows the financial cost of defending a defamation action is now out of reach of the average individual. The cost of engaging lawyers and senior counsel to successfully defend the NSW case was $42 130.63, including a discount applied because of the public interest nature of the case.

Indeed, at one stage, my legal team advised me to roll over and withdraw my complaints on the grounds that continuing to defend this action would be unaffordable.

Fortunately, due to the heart-warming moral and financial support of many people, including health professionals, I was able to see my first case through to a successful conclusion. For the second case, Maurice Blackburn Lawyers have offered their services pro bono.

This response by civil society sends a strong message to companies contemplating similar tactics against complainants — the publicity will be counter-productive and these cases will be fought to a successful conclusion.