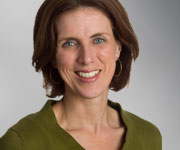 AUSTRALIA has long held a commitment to fairness. We know that good health and bad health are unevenly distributed and that those with less money, less education and insecure working conditions are much more likely to experience illness and die earlier.

These disparities are especially acute for Aboriginal and Torres Strait Islander peoples; those with poor access to prevention and health services; people with disability; and those with limited access to affordable healthy lifestyle choices.

The burden of chronic illness, particularly cardiovascular disease, diabetes and cancer, is set to dramatically increase into the future. Spending on cardiovascular and respiratory disease is projected at around $40 billion annually by 2032, and costs associated with treating type 2 diabetes will likely increase by 520% between 2002 and 2032.

Armed with data like these and almost 400 submissions, the National Preventative Health Taskforce wasted no time in noting that Australia’s health system had not invested enough in preventing chronic and life-threatening diseases. It recommended the urgent establishment of a national agency to guide investments in prevention in its 2009 report Australia: the healthiest country by 2020.

It will come as no surprise then that Australia’s first national preventive health agency has adopted a bold and ambitious approach to “ramping up” the nation’s prevention and health promotion effort. The first strategic plan of the Australian National Preventive Health Agency (ANPHA) sets in place an enduring institution committed to making Australia a healthier country through change and innovation and by driving health promotion reforms in a systematic and evidence-based way.

Medical professionals are critical partners in achieving this goal.

An early priority for ANPHA is to guide the integration of prevention into the focus and outcomes of Medicare Locals. These new institutions will strengthen Australia’s primary health care system by identifying and addressing local needs and improving access to responsive, coordinated primary health care service.

Effective preventive health strategies are frequently characterised by multiple approaches, different settings and the diverse needs of individuals. For example, Australia’s success in reducing smoking prevalence was achieved through a mix of health promotion, and regulatory and fiscal initiatives. Not only have these efforts been effective in reducing daily smoking rates, they have become world’s best practice.

Although ANPHA has a role in conducting public health-oriented social marketing campaigns, it will not be the go-to place for individuals looking for prevention advice about, for example, losing weight or giving up smoking.

Instead, ANPHA will take responsibility for national social marketing programs such as the tobacco campaign and healthy lifestyle promotions like “Measure Up” (Swap it, Don’t stop it). We’ll lead a national preventive health research fund, develop a national research strategy and administer a grants program to support community groups to address the culture of binge drinking, particularly among young people.

In Australia, we are fortunate to have a strong, professional and highly effective public health community committed to reform and openly enthusiastic about ANPHA’s capacity to refocus our health system away from illness and towards prevention.

As a dedicated health reformist, it is refreshing to feel the renewed momentum for health prevention in Australia, even if the concept is, well, old.

As early as the 13th century, there was a Latin saying that stated: “It is better and more useful to meet a problem in time than to seek a remedy after the damage is done”. Over the next 400 years popular wisdom evolved to, “An ounce of prevention is worth a pound of cure”.

Now, in the 21st century, we can pursue prevention because it is, indeed, the best medicine.