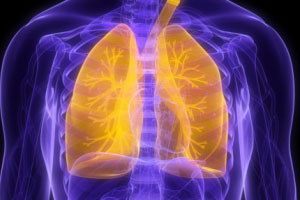 Time and money cause COPD misdiagnosis

MORE than 40% of people diagnosed with chronic obstructive pulmonary disease by their GPs may not actually have the condition, according to new research in the MJA.

The research involved 445 patients, with an average age of 65 years, who were taking respiratory medication and had been identified by their GPs as having chronic obstructive pulmonary disease (COPD). (1)

But when researchers used spirometry to confirm the diagnosis, only 57.8% of patients had post-bronchodilator spirometry consistent with COPD. Spirometry is essential for accurate diagnosis of COPD because, according to clinical guidelines, the diagnosis rests on demonstrating airflow obstruction that is not fully reversible.

Surprisingly, the researchers found that the presence of a spirometer in a general practice was not associated with increased diagnostic accuracy of COPD.

Lead researcher Professor Nick Zwar, professor of general practice at the University of NSW, told MJA InSight that there were several barriers to the use of spirometers to diagnose COPD in general practice.

Time and money were major barriers. GPs had to wait 10‒15 minutes between a patient’s pre-bronchodilator and post-bronchodilator spirometry blows, but the Medicare rebate for this test was only $16.85.

“The remuneration is pathetic … it’s not commensurate with the work”, Professor Zwar said.

Other barriers were the need for skills in coaching patients to use the spirometer effectively, and in accurately interpreting the results.

Professor Zwar called for practice nurses or other health professionals to be trained in spirometry. “I don’t think it’s something GPs should do themselves because the test ties up the doctor for so long.”

The researchers identified several implications of the high misdiagnosis rate. The study found that 57 of the 188 patients who did not have COPD on spirometry were being treated with the anticholinergic agent tiotropium, which is a restricted benefit item in Australia for the long-term management of COPD.

“This exposes patients to unnecessary risk of adverse effects of medications and has cost implications for the patients and the health system. It also means that the true cause of the patient’s respiratory symptoms may not be correctly identified and treated”, the researchers wrote.

The study found that people with more comorbidities were more likely to have COPD misdiagnosed by their GP.

Professor Zwar said the research showed that patients were presenting to their GP with respiratory symptoms that did not lend themselves to a clear diagnosis. “For people with comorbidities, there is a need for doctors to work to get a more specific, certain diagnosis rather than making a clinical diagnosis only”, he said.

The researchers suggested that patients with comorbidities should be prioritised for thorough investigation.

The study also found that practices with a practice manager had higher rates of COPD misdiagnosis; however, the researchers believed this was a chance finding.

COPD is a major cause of morbidity and mortality in Australia. For every 100 encounters with patients aged 65 years and over, 21 involved COPD.

4 thoughts on “Time and money cause COPD misdiagnosis”